In Victoria people love their footy. They love their footy heroes even more. Where else would a footballer still be remembered for one score kicked forty-five years ago?

Such is the collective memory of AFL fans that most could already tell you the name of that player without reading further. 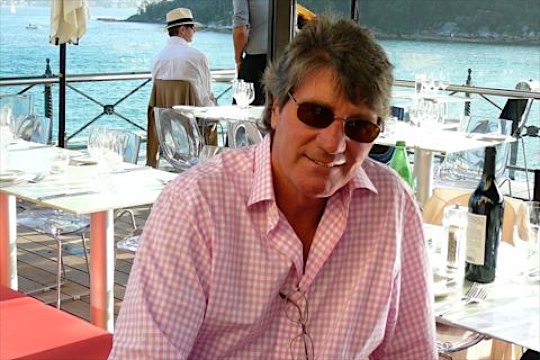 For followers of other codes though, we’re talking about the man who kicked the St Kilda Football Club to a one point victory in the 1966 Grant Final, and the only premiership in the League’s 115 year history.

After 300 games and 17 years with the Saints, Barry Breen swapped footy for golf and today he walks in well heeled company as Captain at NSW Golf Club.

“I suppose it’s a bit silly really that it’s still remembered but in the scheme of the game it’s because St Kilda has gone so close but still hasn’t won another Grand Final. After such a long time it’s just become folklore,” says Breen.

When Barry joined NSW back in 1985 few other members knew of his status in Victoria. But with the growth of AFL nationally, and his time as General Manager of the Sydney Swans, most of them came to know of the legendary player’s claim to fame.

“A lot of the members follow the Swans now so AFL’s a bit more of a talking point around the clubhouse. They’ve all heard the story.”

Breen was elected Captain at NSW in 2007. He’s got another year to go in the position that comes with its fair share of responsibility.

The NSW Golf Club is, after all, rated among the top 35 golf clubs in the world, and is host to world class events including the controversial 2009 Australian Open.

It was during that event that the club was accused by some players and writers of preparing greens that were too fast. Breen remains defensive about that criticism.

“Firstly, the greens weren’t too fast. The winds were just too strong. We had gusts up to 60km”, says the Captain.

“A lot of people think that courses for these events are prepared at the whim of the Course Superintendent. They’re not. The course was prepared under the strict instruction and guidance of Golf Australia. It just turned out that the weather conditions were foul.”

“I think the criticism, from very few writers and players by the way, was undeserved, and if you want the truth, yes, I was disappointed.”

It’s usually hard to ruffle the laid back Breen, whose friends took bets that his handicap would blow out during his captaincy.

“They bet that I’d go out to 14 or 15 due to the stress of the job but my handicap hasn’t changed in the four years. Some days someone will want to barrel you just before a game and that’s not conducive to good golf but I still play off 9,” says Breen, whose style is to invite anyone to sit down and talk to him.

“My job as captain is all things golf… my job is to set the course and prepare a program that meets the needs of the members, so I’m always happy to listen. And for that, this club has great interaction between the Board and the members.”

NSW is in the enviable position of having a 14 year waiting list, something most cash strapped golf clubs would die for. But that waiting list is not without it’s challenges.

“It’s balanced by the average age issue. Like all clubs, we cant survive on a clubhouse full of old fuddy duddies.”

NSW has a robust Under-25 scheme in place and has drawn some great talent to the club.

“We also have a very eclectic membership, a bit different from some of the other so-called elite clubs. We’ve got our share of brain surgeons and bankers, but we’ve also got the tradies. And we draw members from all parts of Sydney, from Vaulcuse to the Shire,” says Breen.

“We’re also not in the top 10 in terms of fees charged, so we’ve got plenty of people to draw on.”

Breen puts the long waiting list down to the quality and perception of the course.

Keeping the course in its best possible condition also allows it to attract promoters for events like the Australian Open as well as maintaining a full diary of trade days.

On top of that, there’s a long list of rich and famous who line up for a game there.

“Greg Norman is a member. Bill Clinton has played here. And Engelbert Humperdninck (the British singer) famously had a hole-in-one on the 6th,” smiles Barry.

Anyone who’s teed up at NSW on a windy winter’s day will tell you that a game of golf there is about exhilarating as it gets, so it’s no surprise to hear that when asked to choose his favourite game between AFL and golf, Barry now opts for golf.

“I’m interested and still regularly in touch with the club but when it comes to competing, I now prefer golf.

“I’m still trying to get better. And the handicap system works. You can play against Greg Norman and still win.”

As for his beloved Saints’ chances of a premiership this year after the last two seasons as runners-up: “Not the way they’re going at the moment.”