If parents want their child to succeed in golf they should consider giving up caddying duties.

So says one of Australia’s leading sports psychologists, John Crampton. 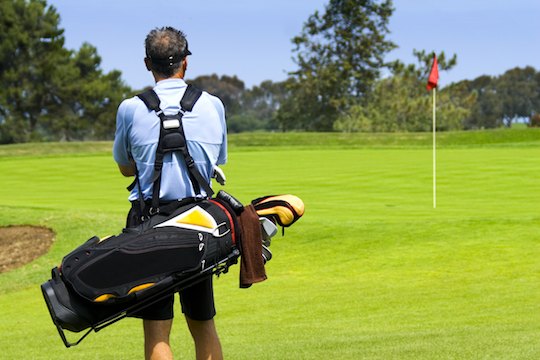 Crampton has been involved with several leading sports teams in Australia and probably has a better insight into golf than most sports psychologists, being the son of former world top five player, Bruce.

Crampton believes it is often too difficult for adults to be both parent and caddy to their child at the same time. He says many parents, instead of being a supportive back up on the course, try to take on the role of coach.

“If as a parent you take on the responsibility of being a coach then that is pretty foolish because it robs you of one of the nicest things possible and that is being the parent and being able to be the parent at the right time,” he said.

“Having parents facilitate the career for the young player is great. Having them pressure it is not so good, and having them demand it and trying to control it is out of the question.

“The person that is too controlling like that as a parent is not going to be able to be a parent when the son or daughter needs them.”

He says that Australia is potentially losing many great players because of the controlling parent.

“We lose a lot of Rory McIlroy’s in between the ages of 15 through to 20, one because there is more interesting things to do and two because it all gets too hard,” he said.

“If you get back in the car and in between the golf course and home there is the Spanish inquisition going on then after a while that ride home has the young kid with earphones in or texting their friends. Then the next question from the Mum and Dad is why won’t they communicate with me ? – well guess why?”

And Crampton has an answer for all those parents who worry their child will become fatigued if they have to pull their own bag.

“If you are the type of parent who is trying to protect your daughter because she might get tired I would say: ‘What do you think this is – chess?” said Crampton.

Crampton acknowledges some kids may want their Mum or Dad on the bag and he says if that is the case the best thing a parent can do is constantly ask questions before the child plays each shot.

“If I was caddying for a young player I would go looking for a system which basically says things like ‘OK, how far have we got to the front of the green?, etcetera’.

“If you are asking questions then you are generating intelligent thought.”

Crampton said when he was at the Australian Institute of Sport he could tell the kids that were going to succeed.

“By around year three of a serious seven year programme for young players, if they weren’t showing increasing signs of taking on responsibility for themselves and for more aspects of their travel preparation etc we knew that they weren’t going to make it as a player,” he said.

“If parents really what to know what their job is for aspiring elite players? Plan for the years ahead when they are about 19 for the $25,000 it is going to cost to go to the United States for a summer and play in all the amateur events over there.”

Crampton also adds one final thought that all parents should remember when watching their child compete.

“I have never seen anyone intentionally hit a bad shot.”