Ray Martin: Late To Golf And Loving It

Ray Martin was paying the bill at a restaurant in Perth when he glanced at vision on a TV screen that would potentially scar him for life.

There on the evening sports report the camera was mid-zoom on a golfer mid-swing. 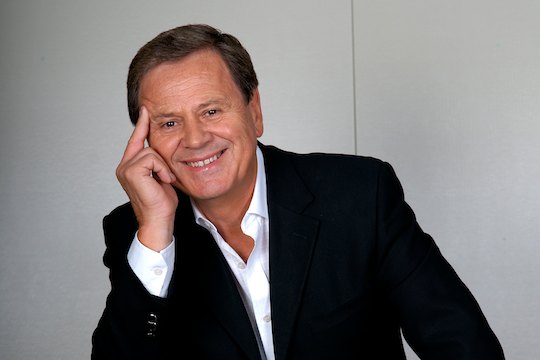 Ray Martin: Late To Golf And Loving It

Gobsmacked, Martin watched the swing unravel in a whirl of flailing arms as the club completely missed the ball.

Back in the TV studio, sports commentator and former cricketer, Rodney Marsh was doubled over in silent laughter.

He had just broadcast one of Australia’s best known faces deliver one of the most inglorious air swings caught on camera.

The face, and the air swing, belonged to Martin.

“I couldn’t hear what he was saying because the sound was down – but then he played it again,” said Martin.

“It was footage from a pro-am I had played in that day. I remember seeing Marshy and the camera. Ironically they were waiting on the third tee and they had just missed the chip-in birdie I’d made on the second. Needless to say, they didn’t miss my bad shot. To my complete embarrassment they must have replayed that airswing six times.

“But that’s golf isn’t it? You can be Tiger Woods on one hole and have an air swing on the next.”

And so in his most undignified sporting moment Ray Martin discovered that golf can be a great leveller.

“At school, I played first grade football, cricket and tennis, but it wasn’t until later in life that I got the bug for golf,” said Martin.

“Now it’s probably my favourite sport – and the one I’m worst at. I love it because I reckon the handicapping system is probably the fairest of any sport.”

“In what other game can an ordinary player come up against a champion and still have a chance of winning the competition?”

“At the same time, what frustrates me is that you can come up against some unathletic type – you know the one with the big beer gut, who only plays a couple of time a year – and he stands up there and hits the ball miles further than me. What is it with these guys? What do they do that I can’t?”

Ray Martin is a household name in this country. His globetrotting current affairs reports, regular hosting spots and community service roles have spotted him with limelight for four decades.

Now in his mid-sixties, his career may be slowing down but it’s a long way from over.

When we caught up with him, he’d just returned from filming reports in Libya.

“Retirement is not on my agenda – yet,” Martin told us.

When he does take things easy, Ray and his wife, Di, retreat to their house at the Coolum golf resort on Queensland’s Sunshine Coast where they can regularly be seen hitting a few balls in the late afternoon sun.

“Once we got into golf, we decided to buy a house on a course. I reckon Coolum is pretty good,” said Martin.

“Where else in the world, apart from Australia and New Zealand, can you wander out onto a championship course and play four or five holes and have a bit of a walk and a practice? This is a PGA course and as long as there’s no comp being played we can just wander on and have a hit. I love it there.”

The Martins are also regulars in the club competitions but it seems it’s Mrs Martin who has had the most success.

“Di’s had a hole-in-one. I’m still waiting for mine,” Martin said with both envy and pride. “And she’s had an eagle there on the seventh.”

So has he had that great round where it all just came together?

“I’ve had a 45 in a Stableford comp. I reckon if you get more than 40 stableford points you’ve had a good round of golf. I’d be happy with that.”

The perfect round may have been a bit illusive for Ray but that’s not been his main goal in golf.

“I just want to keep beating my brother-in-law,” he said.

“Even the public humiliation of my air swing is nowhere near as bad as being beaten by my brother-in-law.”