The R&A would need to be convinced of the commercial viability and the assurance of good spectator attendance if Donald Trump is to realise his dream of his new Scottish links gem one day hosting golf’s oldest Major.

It’s for this reason Peter Dawson, as CEO of the R&A, played down the likelihood of seeing the Open head any further north of Carnoustie and to the Aberdeen coastline. 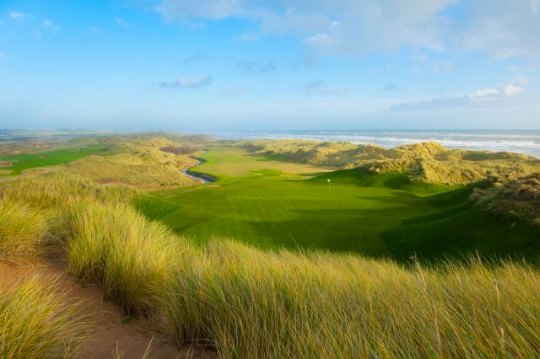 “As for an Open Championship being played there we will have to wait and see, even if there is every indication the golf course is very strong,” said Dawson.

“But let’s see how it matures and I would say it has a long way to go yet.”

“And also you have to take into consideration the infrastructure and commercial requirements because we are not going to take The Open somewhere where it’s going to cost a fortune and not have any crowds.”

“But I wish the course well as it’s a spectacular venue.”

Dawson disclosed that when Trump first attended Dawson’s office at the R&A headquarters in St. Andrews he left with contact details of Martin Hawtree, who was later employed by Trump to design his stunning course at Balmedie.

“It is a spectacular golf course and it was me who recommended Martin Hawtree to Donald,” said Dawson.

“When Donald first came to my office he had an American designer with him and I asked the fellow ‘how many links courses have you designed?’