They say change is inevitable yet you cannot help think the recent format alterations to the Australian Team Interstate Series is not for the better of amateur golf in this country.

Admittedly costs and interstate funding issues would have been a driving factor, but to alter the tradition of a competition which many amateurs aspire to play will not in my view better the game in this country. 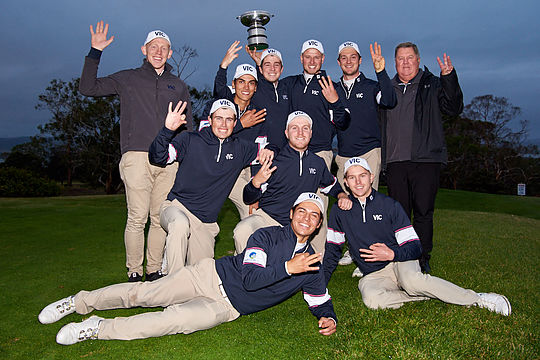 Format changes see a reduced number of players competing with the men’s and women’s tournaments combining into a single 8-player team format. The traditional format had two competitions held separately on two layouts with teams of eight men and six women.

The eight players will play in a round-robin format of team match play with the top two teams meeting to determine the champion on the final day. Women will play against women and men against men in alternating groups.

Yes the economics need to be recognised, but the rationale behind the decision to cut a tournament such as this at the expense of amateur golf is questionable.

The Interstate Series has not only been the foundation stone for many of our great professionals to gain invaluable experience before plying their trade on the world stage, but more importantly they have served as a tournament which many have labeled as being their primary amateur achievement.

Ask any former State representative at your local club that didn’t make it as a professional what was their biggest achievement and the answer will more than likely be representing their state.

To take that away on the basis of ‘reflecting the company’s strategic priorities’ as was said by Golf Australia’s General Manager Golf Operations, Simon Brockhouse in a recent article, is a slap in the face for amateurs who pay their affiliation fees. One of Golf Australia’s principle aims, and a high priority, surely is the development and promotion of amateur golf through such competitions.

This format change questions the curbing of expenses relating to such, as well as why not curb expenses in other areas. The change also reflects the apparent challenges within the states working with each other.

Some rational was given that getting access to golf courses had been problematic and a reduced format will make this easier. That might be so, but surely if the product is right and run properly there would be no shortage of clubs wanting to host such a title.

The Australian Master of the Amateurs is a classic example of a tournament where clubs want to host a amateur tournament, as was shown by the Victoria Golf Club who held a successful, streamlined tournament earlier this year.

The 2020 Interstate Series will be played at Bonnie Doon Golf Club, in Sydney, from 12-15 May.