According to Golf Australia the vision of its High Performance Program is to identify as early as possible Australia’s most talented golfers and give them the best possible opportunities to fully develop their potential, on and off the golf course.

A fortnight ago Golf Australia named the players for its 2015 National Squad which is part of its High Performance Program. The squad was announced just seven days after the governing body released a new selection criteria used to select the players. 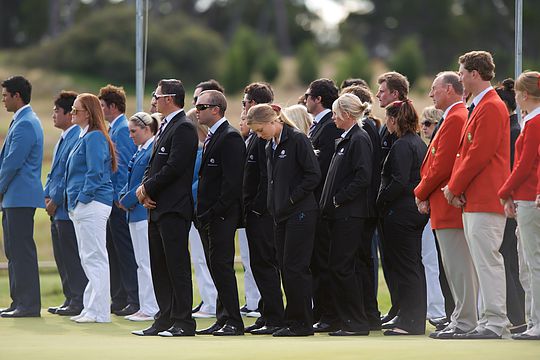 The new criteria included significant changes to the ‘Tier 2′ category – the main category from which the majority of squad members are placed.

No longer will the second highest National Ranked male amateur be used as a criteria, the Top-4 finishes in the Asia-Pacific Amateur will now only count, not the top-5. Should a player finish in the top-32 at US and British Amateur that won’t count anymore as you need to be placed with top-16 at the US Amateur and top-4 at the British Amateur.

Had you finished in the top-60 at the Australian Open that’s out and replaced with a top-30 at a Tier 1 Australian Professional event. The PGA of Australia defines that as event with more than $400,000 in prize money – which effectively excludes the State Opens.

If you become a finalist in the Australian Amateur that’s now out with the same criteria as Tier 1 being applied, namely you have to be the champion. The introduction of a new criteria sees the winner of three National Ranking Events getting the vote – which also appears to count national junior events.

Change is inevitable, yet any variables, processes and outcomes commonly found at the selection process should represent ‘fair’ practices and outcomes. Players also should have the opportunity to respond to criteria changes, this is only procedurally fair as it enables forward planning and the setting of goals.

Fairness issues and problems will arise in selection which have to do with the processes and procedures used in selecting individuals, the nature and kind of the information used in forming decisions and the resulting outcomes of selection.

Where the practice is relatively ‘objective’ in nature, namely the subjective decision making on the part of the Selectors is minimised, the process is more consistent.

It becomes an art like process associated with how to develop selection systems that are sufficiently robust in terms of demonstrating maximum procedural fairness and objectivity but are sufficiently flexible to accommodate those other factors which influence individual perceptions of fairness.

Changing the selection criteria seven days before making an announcement as to the new squad raises not only questions with the appropriateness with the timing of the changes, but also whether the process was ‘objective’ in nature.

Of course common sense and natural justice works against rushing to judgement about individuals involved and the players recently selected.

Yet for many of us on the outside, not to mention the players on the secondary ‘development/watch list’, all must feel left in the cold regarding the recent process.