Australia’s amateur stars have been competing all over the world during the Aussie winter.

So there should be no shortage of good form as the Australian men’s team attempts an unprecedented Nomura Cup hat-trick when they head for the United Arab Emirates next month. 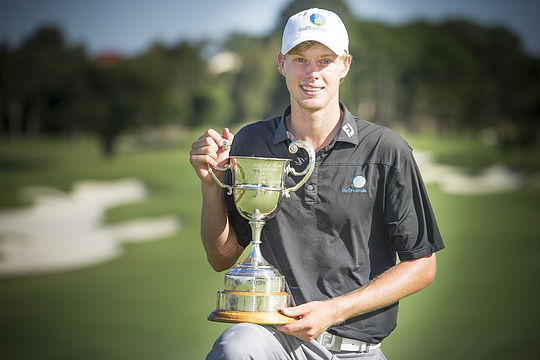 Three young New South Wales stars, Cameron Davis, Harrison Endycott and Travis Smyth will be joined by Victorian Ben Eccles in a powerful line-up that will certainly shape as the team to beat.

After a record 10th win in Thailand in 2013, Golf Australia high performance director Brad James suggested this squad would acquit itself well in the biennial event.

“This in an historic event in our region and we’ve enjoyed great success, more so in recent years,” James said.

“We’ve chosen a team that’s in form and should perform strongly under national coach Dean Kinney.”

Meanwhile a trip to Canada for the World Junior Girls Championship at The Marshes Golf Club in Ottawa, Ontario is on for Gold Coast pair Becky Kay and Karis Davidson and WA’s Hannah Green.

These young women will compete in the 18-and-under event in both team and individual strokeplay competitions in the Canadian capital from September 22.

Then there’s also the Spirit International in the United States, which will be contested over three-rounds of four-ball competition.

It will be held at the spectacular Whispering Pines Golf Club midway between Houston and Dallas in Texas from October 12 with the men’s event winner to gain a start at the Crowne Plaza Invitational at Colonial Country Club on next year’s US PGA Tour.