Webb to host Elliott and Hillier in US

Victorian Breanna Elliott and Western Australian Whitney Hillier will head to the United States in July to join world number 21 Karrie Webb at the 2012 US Women’s Open at Blackwolf Run Golf Club in Kohler, Wisconsin. 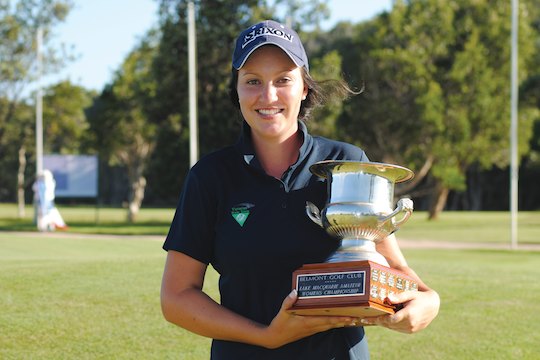 As recipients of the Karrie Webb Series scholarships, Elliott and Hillier will shadow Webb during championship week and use the experience to benefit their amateur and future professional careers.

Webb, a two time US Women’s Open champion, won twice on the LPGA Tour in 2011.

“It is rare to have the opportunity to spend the week of a Major with any player, so to have a player of Karrie’s experience and standing in international golf is a huge bonus for Breanna and Whitney in their ongoing development,” James said.

“We are very grateful to Karrie for her generosity in hosting the girls after such a solid battle in the Karrie Webb Series in the last 12 months.”

The Karrie Webb Scholarships are awarded annually on the basis of the following criteria: performance in the Karrie Webb Series events, community work supported by the individual (either inside or outside of golf), performance as an ambassador for golf in Australia and overseas, exhibits outstanding demeanour both on and off the golf course and is an Australian citizen.