Season 2011 shapes as a bounce back year for the Aussies on the Nationwide Tour after only one player, Queenslander Steven Bowditch, won his way through to the PGA Tour via a Top 25 finish on the money list in 2010.

That represented our lowest graduation rate to the Tour via this pathway in a number of years. 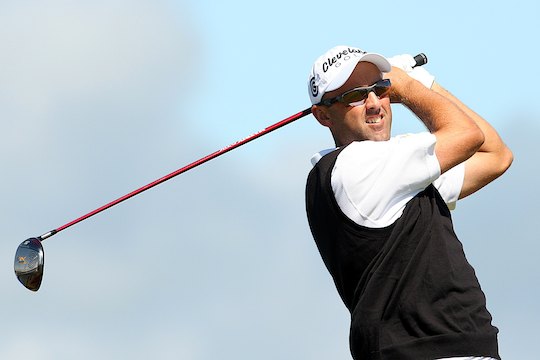 The Tour kicks off in Panama later this month and noticeably absent from the schedule this year will be the two co-sanctioned events in Australia and New Zealand that have effectively kick-started the years and careers of many of our players. Consequently it will be a tougher road to hoe for the Aussies this year without the familiarity and proximity of those local events to start the season.

More than 20 Australians have eligibility status on the secondary tour in the US for 2011 and others will bob up throughout the season via local qualifying. The list of players includes a number of our ‘marquee’ names of recent years who have fallen on tough times with form and injury.

Included in those players is Mathew Goggin, who nearly won the British Open in 2009 when paired in the final group with Tom Watson, but who battled with his form in 2010 to lose his card. Rod Pampling, who has amassed over $12 million in PGA Tour earnings, will be looking for an immediate bounce back after a poor 2010 by his standards.

Pampling will rely on sponsors invitations and other achievement exemptions to play the PGA Tour this year, so it’s unlikely he’ll be seen frequently on the Nationwide Tour. Both are too good to be in this position and neither are old enough or suffering debilitating injuries to have strong concerns that 2010 was any more than a career blip.

A player who is returning from injury and looking to resume normal service is one of our best ball strikers in history, Peter Lonard.

It’s been well documented that Lonard has struggled through a lengthy rehabilitation from hip and knee surgeries and plans a full schedule on the Nationwide Tour in a bid to return to the PGA Tour. Despite plenty of supporting evidence to justify a medical exemption consideration, he has eschewed that route and hopes to play his way back for the second time, after famously rising from the ashes of Ross River Fever earlier in his career.

Cameron Percy and Aron Price will have conditional status on the PGA Tour after finishing outside the 125 in 2010.

Percy was beaten by a hole-in-one in a playoff at the Justin Timberlake Shriners Hospital Classic the back end of last year which would have secured him a two-year exemption. Theirs will be an interesting year ahead as they wait till the last minute to hear if they have a start in tournaments on the main tour, which is difficult to plan a schedule around but better than having no main tour status at all.

A return to form for Mark Hensby would not surprise anyone. The former Tour winner and Presidents Cup representative is due a solid year after injuries have set him back in recent seasons.

Gavin Coles has been up to the PGA Tour and back over the years and is capable of another return as is recent Victorian PGA champion, James Nitties.

Fingers are crossed this year for Scott Gardiner, who agonisingly missed his tour card after finishing one spot out of the Top 25 players who secured promotion to the PGA Tour from the Nationwide Tour money list in 2010.

Two of our most impressive younger players in Won Joon Lee and Alistair Presnell may be the big movers in 2011, both with big games and a number of years of Nationwide Tour experience under their belts. Lee has had a second place finish in each of his last three seasons on the Nationwide so a win cannot be far away.

Presnell won the Moonah Classic on the Nationwide Tour in 2009 and put in a polished performance to tie for second in the Australian Open last year, which could indicate he’s ready to break through in 2011.

In his only appearance in a PGA Tour event, he tied for 6th in the World Golf Championship event at Doral in 2010 so there’s no doubt when he puts it all together that he has the game for the big stage.

Adam Bland has now played two full seasons on the Nationwide Tour and could be another ready to step it up in 2011. His performance at the JBWere Masters last year, when he nearly went wire to wire before finishing in second position, was an outstanding effort against a quality field.

With this sort of talent on show, it would be hard to believe only one Aussie will graduate to the PGA Tour after this season.