Adams Golf has taken another leap forward in producing high-performance, easy-to-hit playability for a wide range of golfers with the introduction of the Idea Tech V4 hybrids and irons.

The latest refinement in Velocity Slot Technology features a revolutionary Cut-Thru design that produces the same CT levels to that of a driver. 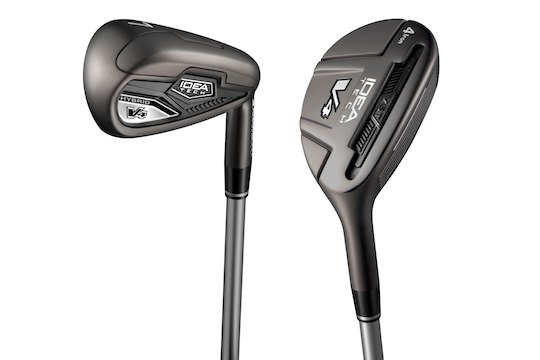 With the use of Thru Slots in the new Idea Tech V4 hybrids, engineers have achieved an increase in CT of 67% to levels only seen before in today’s titanium drivers, but done in a stainless steel hybrid.

Because the Tech V4 is offered in two distinct sets featuring high-performance stainless steel, a forged iron set and an all-hybrid set, the V4 covers a wide range of golfers anywhere from the single handicap golfer to the higher handicap golfer who is looking to launch the ball higher and gain more distance.

The forged set features a 3H, 4H, 5H and 6-iron through PW using forged 8620 carbon steel with nickel plating. The all-hybrid set is 4H through GW. Both sets feature a premium PVD finish for a non-glare, sleek look.

The Idea Tech V4 all-hybrid set will also be offered in a set specifically designed for women featuring a satin finish. The Idea Tech V4 hybrids and irons will be shipping from Adams Golf in the US at the end of September.