Bridgestone innovates with new B330 Ball

Bridgestone Golf, the #1 ball-fitter in golf, has unveiled the latest versions of its popular B330 series of Tour performance golf balls, featuring a proprietary new material used in the dual mantle construction.

First debuting in Fall of 2010, the 2011 version of the TOUR B330 and TOUR B330-S golf balls now offer high swing-speed players more distance off the tee and the same great spin and feel that better golfers have become accustomed to with Bridgestone. 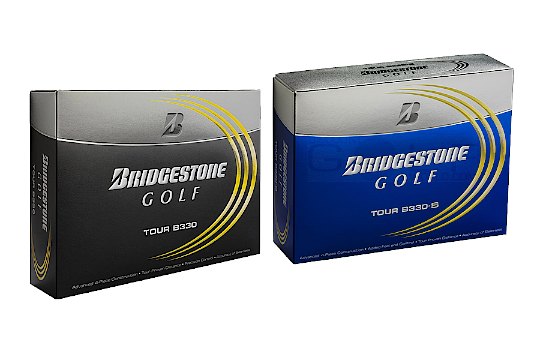 Bridgestone innovates with new B330 Ball

The 2011 versions of the Bridgestone Golf TOUR B330 and B330-S get a power boost as a result of Bridgestone’s new RD10 resin mantle layers. Bridgestone engineers created RD10 by subdividing the constituent of high repulsion, which increased the material density and resulted in higher initial velocity and an overall softening of the mantle layers.

The new RD10 material is currently in play on the PGA TOUR in the presence of Ryder Cup rookie Matt Kuchar. Kuchar is the first player on the Bridgestone Tour team to benefit from the new RD10 mantle layer material, currently using a TOUR prototype version of the new B330-S that has helped improve his driving distance while maintaining tremendous spin and feel on the greens.

In addition, the new DUAL MANTLE design scientifically engineered to promote quicker restoration at impact, results in faster rebound and reduced spin at tour-level swing speeds. By further reducing the spin off of the longer clubs in the bag (driver, fairway metals, hybrids and long irons), the 2011 B330 series provides better wind piercing performance than ever before.

In addition, Bridgestone’s modified Gradational Hardness Layering, from the center of the core to the outer mantle allows for the smoothest and most efficient power transition of any Tour ball, ever. This means booming distance and superior accuracy off of longer clubs.

Like their predecessors, the new B330 and B330-S will feature a SOFT Urethane 330-dimple design seamless cover for the ultimate in piercing consistent flight, and tour-level spin and control on the greens. However, for 2011, the TOUR B330-S dimple pattern will be redesigned to compensate for its softer cover and compression, and slightly higher driver spin that comes as a result.

Bridgestone engineers have created a new shallower 330-dimple pattern with modified dimple spacing designed to reduce up-shoot spin, creating a flatter trajectory and wind performance consistent with that of the B330. In addition, the new dimple pattern fosters a shallower landing angle on tee-shots for more fairway roll.

Optimised for players with swing speeds greater than 105 mph, the 2011 TOUR B330 and TOUR B330-S golf balls feature a street price of US$42.99 per dozen (suggested retail price of US$56 per dozen) and are available now at US golf specialty stores and green grass retailers.