Bridgestone Golf, the #1 Ball-Fitter in Golf, has unveiled its new TOUR B330-RX line of balls. Bridgestone is noted for being the first manufacturer to deliver true TOUR performance in a ball designed for amateur swing speeds less than 105 miles per hour. 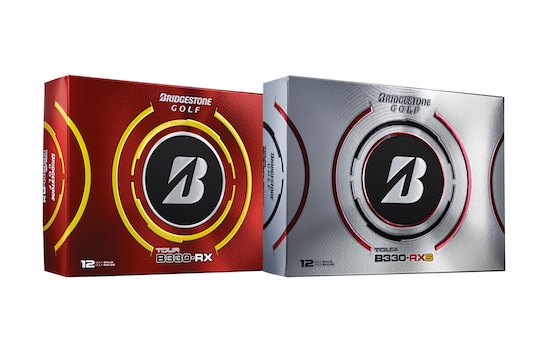 The concept for the original B330-RX and B330-RXS (tour performance for moderate swing speeds) was a result of Bridgestone’s industry-leading ball-fitting service.

Having now fit over 150,000 amateur golfers worldwide, Bridgestone has access to more amateur golf swing data than ever before. With that knowledge, Bridgestone’s R&D team identified opportunities to enhance the performance of both the B330-RX and B330-RXS through changes to the mantle layer and cover in 2012.

One of the most significant changes is the newly formulated mantle layer material.

The reformulated blend of mantle material is designed to further reduce sidespin and backspin on longer golf shots. The resulting pinpoint accuracy contributes to better distance performance from the tee and precision approach shots that lead to shorter birdie putts.

Bridgestone’s proprietary Dual Dimple Technology delivers an aerodynamic boost with a visually noticeable difference. The smaller inner dimples of the cover increase thrust power at launch for greater distance while the larger outer dimples promote a shallow angle of descent for increased roll out upon landing. These improvements, at takeoff and landing, result in greater overall distance performance and more consistency in the wind.

Each of the new B330 family balls offer their own distinct features that have allowed Bridgestone engineers to improve upon the previous versions in terms of feel/spin, distance and durability. First available in March 2012.