Can the addition of water in the formulation of a golf ball’s core deliver more distance off the tee? Bridgestone Golf, the #1 Ball-Fitter in Golf, has proof positive that it does.

The new balls will be available at retailers nationwide February 1, 2014.

As with any new product, Bridgestone concocted and tested countless compounds for the core of its new B330-RX line. During testing, engineers discovered that a prototype with water in its core formulation produced 30% more gradation.

This increase allowed for greater spin reduction from the inner and outer regions of the core, producing longer distance and improved accuracy. Thus Hydro Core Technology was born. 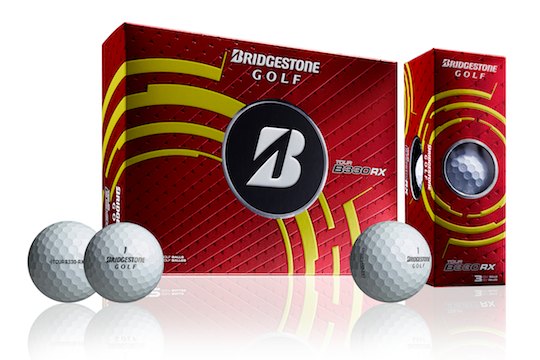 “We were the first to recognise that optimising performance based on swing speed improves golfers’ games. With continued innovation in engineering and reliance on amateur testing, our newest models really deliver.”

Like its predecessors, the new B330-RX and B330-RXS golf balls feature a 3-piece urethane cover and continue to rely on Bridgestone’s Dual Dimple Technology.

“With the addition of Hydro Core Technology, the B330-RX family represents our commitment to using both data collected from 250,000 live ball fittings and R&D’s innovation in the lab,” said Consuegra.