Big Bertha is one of the most iconic names in golf equipment, designed to push the boundaries of innovation so far that it transforms an entire category.

This franchise started with Callaway’s Big Bertha Irons in 2014 led by 360 Face Cup technology and continued in 2016 with Big Bertha OS Irons and its EXO-Cage technology.

And Callaway’s done it once again with the new Big Bertha Irons, led by its ground-breaking Suspended Energy Core; which is the engine that delivers easy launch, long, consistent distance and incredible sound and feel. 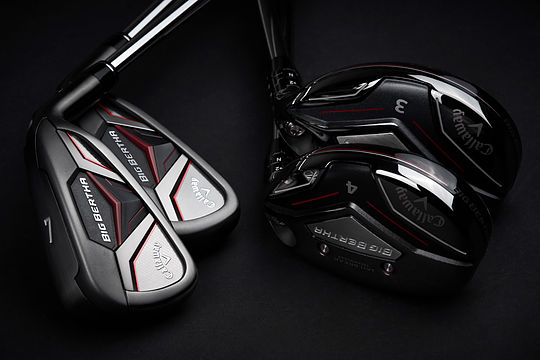 Callaway’s innovative 360 Face Cup employs a flexible rim around the face that flexes and releases at impact to increase ball speed. Add the high launch angles generated by the Suspended Energy Core, Callaway is able to make their thinnest face cup for increased speeds that promote longer distance versus their previous Big Bertha models.

Also making its debut is the new Big Bertha Hybrid. It started with the introduction of the Hyper Speed Face Cup that completely redefined the category and advanced with their innovative Jailbreak Technology. And now with Callaway’s Big Bertha Hybrids they’re giving golfers a ground-breaking combination: Jailbreak ball speeds and adjustability for easy launch.

The new Big Bertha Irons and Hybrids are available exclusively in Australia and New Zealand before the rest of the world. The new clubs can be trialled now at your local Callaway Authorised Retailer.

All items will be available in Australia and New Zealand stores from Friday 16th November 2018.