Callaway Golf is introducing a new addition to the hugely successful and popular Steelhead XR family with the launch of the new Steelhead XR Pro Irons. 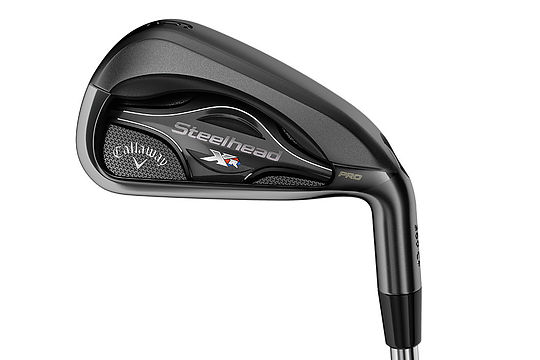 Combining this, with the key technology features outlined below, means Callaway has added a player’s iron to the Steelhead XR family that delivers a fine combination of speed, forgiveness, distance and shot-shaping control.

More Speed and Distance from Next-Gen 360 Face Cup Technology
Increases ball speed with greater efficiency on both centre hits and mishits for more distance on every swing.

More Control and Distance from Progressive COG Positioning
Positioned strategically in each iron to promote consistent launch and long carry in the long irons, great workability and control in the middle irons, and lower and high spinning shots in the short irons.

The stock shaft offering is True Temper XP 105 Stepless Steel in Regular, Stiff and X-Stiff, whilst a wide array of premium aftermarket steel and graphite shafts and grips will also be available.