Jailbreak in Rogue Drivers incorporates two hour-glass shaped titanium bars positioned parallel to each other behind the face connecting the crown and sole. This creates a dynamic relationship between the crown, sole and face of the driver.

The stiffer body created by Jailbreak allows the face to take on more impact-load to promote faster ball speed, and allows a new X-Face VFT face architecture, which achieves fast ball speed across an expansive area of the face. Together, Jailbreak and X-Face VFT work together to create the ‘Jailbreak Effect’, which promotes a remarkable boost in ball speed and distance. 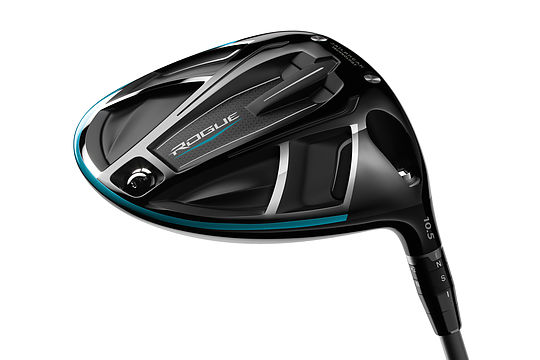 During the R&D process, Callaway also partnered with aerodynamics experts at Boeing, to enhance airflow across key areas of the Rogue Driver head, optimising the proven Speed Step geometry on the crown, reducing overall drag and naturally increasing head speed.

Callaway is also introducing the world’s first fairway woods to feature Jailbreak Technology, helping golfers to unlock the same ball speed benefits they will see in the drivers.

Two vertical steel Jailbreak rods, positioned directly behind the face and cast into the main body of each head, work in-sync with the revolutionary Face Cup, to create new levels of ball speed, even on off-centre hits.

Ball flight and distance is further managed with the addition of Callaway’s Triaxial Carbon Crown, moving unwanted weight from the top of the head and re-positioning it where it can influence CG, MOI and ball flight.

Dr. Alan Hocknell, Senior Vice President, Research and Development at Callaway Golf, commented: “Bringing Jailbreak technology to our fairway woods and hybrids, and making it work in harmony with our other market-leading technologies, quite simply, moves the performance dial beyond anything we’ve previous achieved.

“Rogue represents the perfect marriage between distance and forgiveness and we are already receiving incredible feedback from our Staff Professionals around the world who helped develop these products and are keen to put them into competitive play in the 2018 season.”

Rogue Drivers and Fairway Woods will be in store from February 9, 2018.