Cobra Golf is celebrating its rich heritage and launching the all new Baffler Hybrid Irons just ahead of the company’s 40th anniversary.

The Hybrid Irons take key technology from Cobra’s iconic Baffler Hybrids to create an easy to hit iron that delivers maximum forgiveness, higher launch and improved distance; it truly is Golf Made Easy. 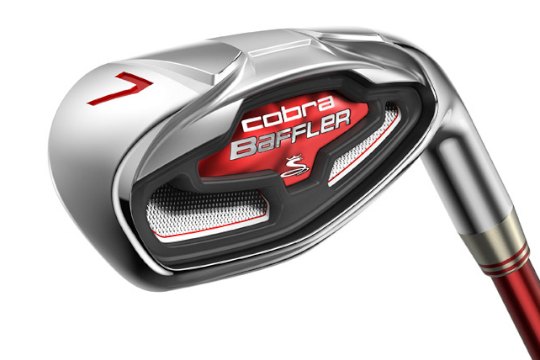 Cobra introduced the Baffler, the first utility wood, in 1975; two years after the company was founded by Tom Crow. It changed the game with its patented railed sole for effective ball striking from any lie condition.

Since then, Cobra has developed and further improved on the original Baffler technology. The Baffler Hybrid Irons use a railed sole, influenced by the Baffler but designed specifically for irons, to reduce turf drag, providing easy contact and easy launch from all lie conditions.

The progressive, oversized face profile provides high MOI for superior forgiveness as well as a low centre of gravity for easy up.

E9 Face Technology brings a variable thickness face that progresses from short to long irons, providing faster ball speeds and greater distance on off centre hits while a full back cavity TPU tunes vibrations to improve sound and feel on all shots.

They feature a Cobra Winn Wrap grip and an MRC Cobra Baffler Hybrid/Iron shaft. The set is Capri Blue with silver highlights.

The Baffler Hybrid Irons (men’s and women’s) will be available at retail on October 19th, 2012.