Titleist’s tour seeding and validation process for 2023 Pro V1 and Pro V1x – the next generation of the most trusted golf balls on the PGA TOUR and at every level of competitive golf – had been scheduled to begin this week at the Shriners Hospitals for Children Open in Las Vegas. 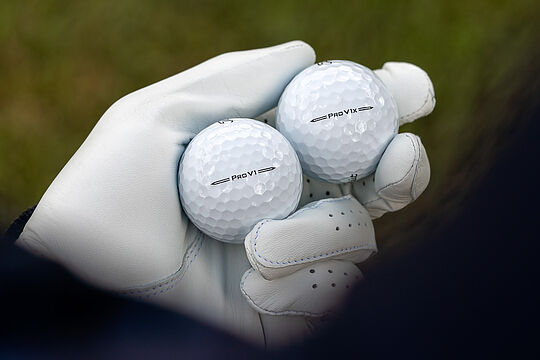 In the days leading up to Sanderson Farms, however, Titleist tour reps received multiple requests from Garrick Higgo, M.J. Daffue and Gary Woodland – each of whom had done extensive testing during the prototyping process – asking to put the new balls in play as soon as possible.

On Thursday, Higgo (Pro V1), Daffue (Pro V1x) and Woodland (Pro V1x) became the first three players to game the 2023 models in competition. Four holes into his first round, Daffue’s NEW Pro V1x rolled into the cup at the 182-yard par-3 4th for an ace. Playing his NEW Pro V1, Higgo led the field in birdies (24), closing in 4-under 68 Sunday to finish one shot out of the playoff.

Gathering feedback from the game’s best players through every stage of the R&D process and then earning their validation under the pressure of competition are critical elements in the development of all high-performance Titleist golf balls and equipment.

Today, Titleist’s flagship models are trusted by more than 72 percent of players across the PGA TOUR and major worldwide tours, while the percentages are even higher at the game’s biggest amateur, college and junior events.