With more than 25 worldwide wins, including three major championships and counting, the Nike Method technology has become the new face of confidence in putting.

The latest addition to the Nike Method putter franchise is the distinctive Method Core Drone, which already has tasted Tour success three months prior to it becoming available. 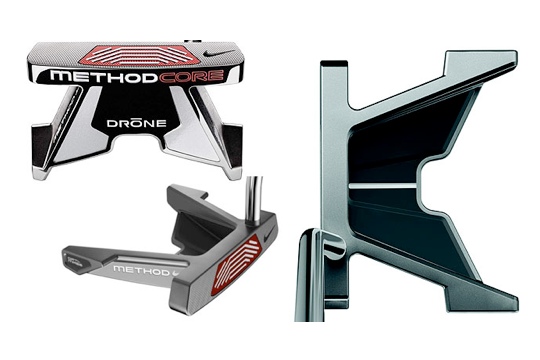 Nike athlete Suzann Pettersen already has won twice with the Method Core Drone, once on the Ladies European Tour at the Ladies Irish Open, and again on the LPGA Tour at the Safeway Classic.

After her first victory with it in Ireland, she was so thrilled that she tweeted about it with an accompanying photo saying: “My new best friend from Nike. The Drone!”

Available on November 1, 2011 in the US, the Nike Method Core Drone features the Nike major-winning Polymetal groove technology in a high-Moment of Inertia (MOI) package.

With its iconic larger mallet shape and milled face, the Nike Method Core Drone is loaded with geometry. Its extreme mallet design and Opti-mass weighting in the center and wing tips keep the clubhead on its path, preventing twisting and creating a smooth, accurate stroke.

The high-MOI putter enables more stability, which provides a better roll and ultimately leads to increased confidence over every putt.

The Nike Method Core Drone also has the distinctive Polymetal Groove Technology that exists in all Nike Method putters, generating a faster forward roll at impact for increased accuracy.

The polymer and aluminum grooves lessen impact vibrations and provides pure sound and feel. This helps eliminate backspin, which causes skidding and misdirection.

This revolutionary and visibly distinctive red insert decreases backspin, which was expressed by Nike Golf athletes as an important ingredient to their putting accuracy, distance control and ultimate putting success. The less backspin, the more “true” the putt will roll.