Distance for every golf swing – that’s what Nike Golf engineers set out to deliver with the brand’s new Vapor drivers. 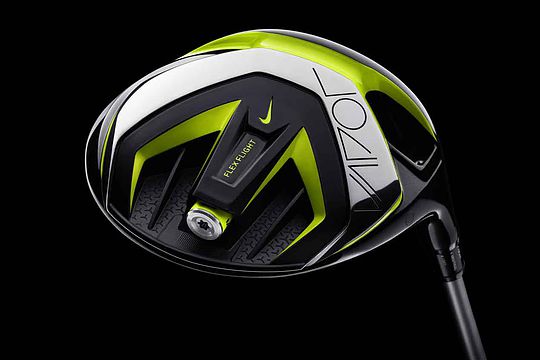 Nike’s FlyBeams, which stiffen the cavity back of the club. A re-engineered Compression Channel that accentuates the spring-like effect across the face to return energy to the golf ball. FlexLoft 2, which allows the golf athlete the functionality of five lofts and three face angles within 15 different settings.

All of these technologies were developed to drive more energy to the golf ball for more distance, no matter the swing.

But Nike didn’t stop there with the Vapor Flex driver. While the Vapor Pro and Vapor Speed drivers each provide specific launch and spin characteristics, Nike Golf engineers believe there’s one more important step to ensure golf athletes achieve their optimal launch conditions. With that goal in mind, the engineers created the FlexFlight adjustability system.

FlexFlight features a RZN tube with a high-density weight on one end, called the FlightPod, which is located in the cavity of the club. By flipping the FlightPod, golfers can actively move the center of gravity of the Vapor Flex driver to further optimize their launch conditions.

With FlexFlight, golfers can manipulate the center of gravity from low and forward to low and back by adjusting the pod in quarter turns with the same wrench used to operate the FlexLoft 2. Utilizing the FlexFlight system impacts launch angle, spin rate, forgiveness (increased in the “mid” setting) and workability (enhanced in the “low” setting).

The FlexFlight system is simple and easy to use. The 15-gram RZN FlightPod, inserts into the back of the driver. Using the same FlexLoft wrench, a simple quarter turn rotation and audible click will lock or unlock the pod. When unlocked, the FlightPod can be removed, reversed and locked back into the cavity.

The Vapor Flex driver will be available late February, 2015.