Nike Golf is unveiling its new 20XI premium golf ball franchise, featuring innovative golf ball technology that will dramatically enhance the performance of golfers around the world and, at the same time, propel golf ball manufacturing into an entirely new level of innovation.

The new Nike 20XI ball features a combination of proprietary technology never before seen in the golf industry, and is the result of four years of collaborative research and development between Nike Golf’s golf ball engineers and a team of material and science experts at DuPont. 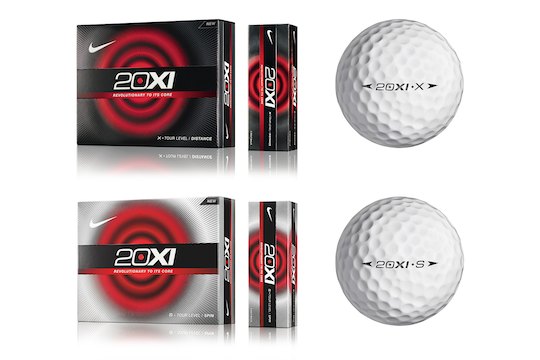 Ishii and his team of engineers discovered that using resin core technology accomplishes three critical performance components that golfers dream to have in a golf ball: More distance off the tee; Straight ball flight; Increased control around the greens.

More Distance Off the Tee and Control Around the Green

The Nike 20XI franchise will launch two versions of the ball, the 20XI-X (tour-level distance) and 20XI-S (tour-level spin). While both balls deliver on faster speed, higher MOI and steeper spin slope, the 20XI-X is optimised to reduce excess driver spin to maximise distance. The 20XI-S incorporates a softer cover for enhanced greenside spin and control. Both 20XI balls will be available April 29, 2011 in North America.

In addition to developing a first-of-its kind golf ball, Nike Golf’s new technology has led to a reduction in manufacturing steps and allows for a 54% improvement in production consistency for resin core vs. rubber core.