Eleven Gold Awards – the most of any company – and an “Editor’s Choice” honour for the i20 iron in Golf Digest’s 2012 “Hot List” issue highlight PING’s strongest showing ever in the magazine’s annual review of the highest-performing and hottest equipment on the market.

Additionally, PING was the only company to have Gold Award winners in each of the nine categories the judges reviewed and tested. The results appear in the February 2012 issue. 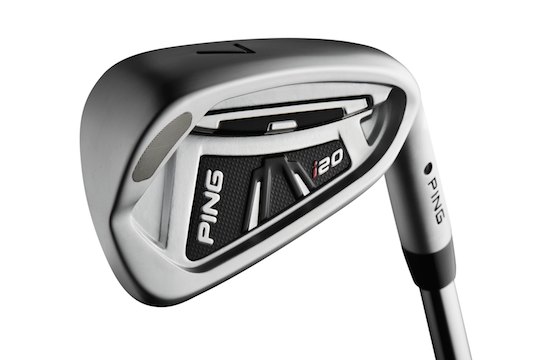 Editor’s Choice: The all new PING i20 Iron

In the just-released i20 Series, the iron claimed one of only four Editor’s Choice honours while “capturing our attention and satisfaction in a way few others did,” according to the editors.

The i20 hybrid earned a Gold Award and was the “Look/Sound/Feel” category leader of the six hybrids awarded Gold. The G20 hybrid was among the six – making PING the only company with two Gold-winning hybrids.

Sweeping Gold in each category entered was the new G20 Series. Introduced in August, the family of drivers, fairway woods, hybrids and irons is optimised for golfers of all abilities.

The G20 iron earned “Performance Leader” honours and the editors suggest “The upgrade is so good that even G15 users might consider changing.” In describing the G20 driver, the judges write: “In a word, they’ve designed confidence.”

PING’s reputation for innovation in putter design was further strengthened in both the Blade and Mallet categories, where the Anser Milled and Scottsdale Series claimed Gold Awards while earning “Innovation Leader” honours in both cases.

The magazine cites PING’s Fit For Stroke putter-fitting concept and iPING putter app as “The most advanced, user-friendly putter-fitting system in golf.”

The Anser forged wedge was one of only three wedges to earn Gold distinction. In the magazine, the editors comment: “Few try to combine forging with multiple materials in a wedge. PING sets the standard here, with exceptional feel.”

In the super-game-improvement iron category, the K15 earned Gold for the second straight year and was again acknowledged as the “Performance Leader” for its maximum forgiveness and feel properties.

PING also won more medals – 14 – than any other single brand by adding Silver honours with the i20 driver, i20 fairway woods and S56 irons.