TaylorMade Golf have pushed the boundaries of golf club engineering with the next generation of M metalwoods, highlighted by the new M1 & M2 drivers.

In 2017, TaylorMade is elevating performance by focusing on materials and geometry designed to deliver improved launch conditions, increased personalisation and more forgiveness for every golfer, answering the challenge to once again design the best-performing drivers in company history.

By way of a new, lower density Titanium alloy called 9-1-1 and an added carbon toe panel that accounts for a total of 43% more Carbon composite than its predecessor, the new M1 460’s mass properties have been optimised to deliver optimal launch conditions, more personalisation and increased forgiveness.

The iconic two-tone crown of the M1 driver incorporates a proprietary 6-layer Carbon composite panel that is precision-fit to the skeletal titanium body using an FF2FF process—a breakthrough engineering technique that results in craftsmanship of the highest quality with manufacturing repeatability for consistent, aggressive looks and undeniable performance. 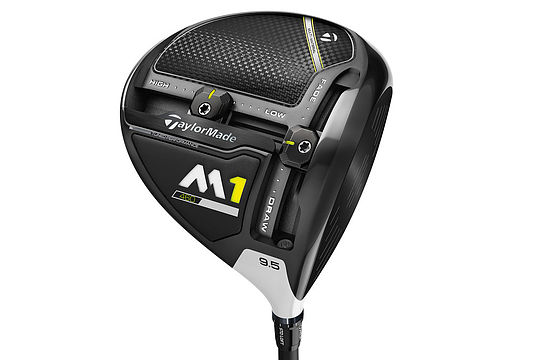 The M1’s revolutionary construction methods allowed engineers to step outside of the box of traditional shaping, leveraging these new techniques into the next generation of TaylorMade product design. One of the primary features is the utilisation of a recessed Carbon toe panel that put TaylorMade’s engineers on a new runway of design.

The new Carbon composite crown in the new M1 saves more weight because the composite is 10% thinner, the bonding ledge is 18% shorter and the adhesive is half the thickness than the original M1. The combined weight savings of the new M1 composite crown and sole panel construction is 8g lighter than an equivalent titanium construction.

This, combined with the 3g savings from the 9-1-1 lower density titanium results in a total of 11g savings compared to a conventional titanium head such as that found on the R15 driver and more than twice the weight savings than the first generation M1.

New to the next-generation of M drivers is a 440cc model, which utilises a slightly smaller head, deeper face and 30g of moveable weight, working in unison with all of the same technologies as its larger 460cc counterpart.

Following in the footsteps of its predecessor, the M2 driver successfully raises the bar in design and engineering once again, with engineers successfully achieving both distance and forgiveness through the utilisation of a new multi-material construction and advanced shaping by way of a breakthrough design technique called ‘Geocoustic’.

Along with the new Geocoustic design, the M2 driver houses a newly-designed Speed Pocket that is three times more flexible than its predecessor. Combined, the new M2 takes the #1 selling driver to the next level of performance for all players. 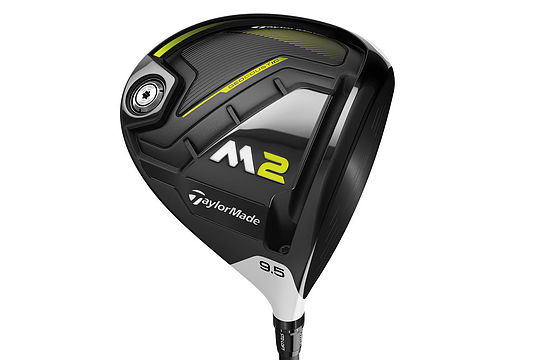 The new Geocoustic feature combines geometry and acoustical engineering to unlock more forgiveness and best-in-class sound. The new breakthrough in geometry is the sunken sole portion of the driver. This section utilises an ultra-light, thick-thin 9-1-1 Titanium, a design that enabled engineers to free up volume while not raising the centre of gravity.

The freed up volume allowed engineers to make the driver’s head larger, both the visible footprint as well as the club’s face (7%), ultimately making the driver not only appear more visibly forgiving, but feel more forgiving at the same time.

The new lower density 9-1-1 Titanium body, 6-layer carbon composite crown and minimal sound ribs allowed for 25g of discretionary mass to be relocated low and back in the sole of the club. Together, these applications combine to increase the overall inertia of the M2 driver over the 5,000 g-cm2 barrier without sacrificing low CG, hot trajectory or aerodynamic performance.

In addition to a standard model, TaylorMade is also offering a higher-launching, more draw-biased model of the M2, the M2 D-Type (also 460cc). The D-Type driver (D representing draw) combines multiple draw-biasing design technologies to deliver an average of 12 yards, and up to 20 yards, of built-in draw-bias to help players who consistently fight fade-to-slice trajectories find more fairways.

In addition to the multi-material construction, Geocoustic sole and active Speed Pocket, the D-Type is more heel-weighted, has slight offset and uses advanced visual cues to promote a square face at address and a more draw-biased face at impact.