Born from years of research and development as well as extensive player testing, TaylorMade Golf is proud to introduce the ATV (All-Terrain Versatility), a wedge created to offer golfers a simple choice to handle the multitude of shots and course conditions.

With its strategically designed sole geometries, the ATV is the most versatile wedge in golf.

“Prior to the introduction of the ATV, the wedge is a piece of equipment that traditionally forces a player to sacrifice a certain shot type,” said Brian Bazzel, product creation manager for irons, putters and wedges.

“The ATV wedge is engineered to perform beautifully on a multitude of different types of shots, including chips, pitches, sand shots, full shots from fairway, out of the rough, off hardpan, flop shots and bump-and-runs.”

The ATV’s sole design was designed with every curve, angle and edge serving a purpose to make the club more versatile. Significant relief at the toe, heel and trailing edge reduces resistance and changes how the sole reacts with turf and sand, depending on how the club is positioned at address and how much the face is opened. Each ATV sole is slightly different, depending on the loft. 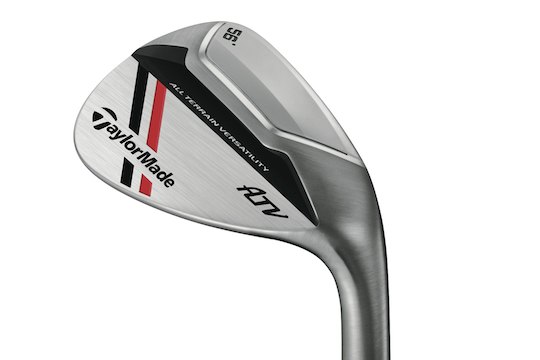 Bazzel added: “You won’t find a bounce number etched anywhere into the ATV clubhead because the sole takes on different bounces depending on how you position the club for the type of shot you’re hitting, including where your hands are positioned in relation to the clubhead and depending on whether the face is square or to what degree it’s open.”

The ATV wedge incorporates a new groove design created by the company’s R&D department that generates nearly as much spin as its previous highest spinning groove ever, the Z, outlawed in high-level competitions starting last year when the USGA reformed its definition of acceptable groove design.

In addition, the flat areas between the grooves of the ATV wedge clubface incorporate a micro-texture that helps hold the ball to impart backspin.