TaylorMade Golf Company President and CEO Mark King announced the arrival of what he says is the biggest iron innovation to date.

King officially introduced RocketBladez, an iron with a remarkable new technology that promotes high launching, long, straight and quick-stopping performance for golfers of all abilities.

RocketBladez’ key new technology is its “Speed Pocket,” inspired by the distance-enhancing benefits of the RocketBallz fairway woods and Rescue clubs.

Altogether, the RocketBladez set consists of eleven individually designed clubheads, each tailored in size, shape and features to maximise distance, control and feel like never before. 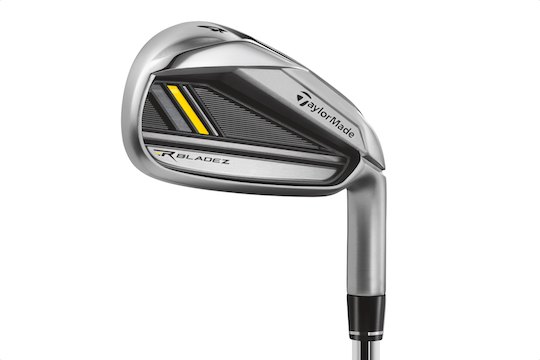 Incorporated into the 3- through 7-irons, the Speed Pocket is a 2mm-wide slot in the sole of the iron that flexes and rebounds at impact, increasing the speed of the face to promote faster ball speed, a higher launch angle and a higher, stronger ball flight that lands on a steep, quick-stopping descent angle.

The Speed Pocket advantage is especially effective on impacts made low on the face, TaylorMade studies indicate that 68% of iron shots by amateur golfers are mis-hits below the centre of the face.

The Speed Pocket helps to significantly increase ball speed and distance on those low-face mis-hits.

Tour professionals will also benefit from the distance benefits of the Speed Pocket, as TaylorMade is also offering a RocketBladez Tour model. Unlike other distance irons, the RocketBladez Tour iron delivers consistent distance and is void of “hot spots” on the clubface, to ensure predictability and distance consistency from shot to shot.

The 3- through 7-irons boast the most sophisticated clubface TaylorMade has ever created for a Tour iron, fashioned from fast, high-strength stainless steel with improved Inverted Cone design.

The irons will start hitting retail in December, 2012. RocketBladez Tour Irons will be available from February, 2013.