Seven years ago, TaylorMade Golf introduced Movable Weight Technology (MWT) with the revolutionary r7 quad, which gave golfers the ability to move weight to promote changes in trajectory for greater distance and accuracy.

Again, in 2009, the R9 driver transformed the metalwood category with the introduction of Flight Control Technology (FCT), providing golfers the ability to change the orientation of the driver head with the shaft. Last year, TaylorMade introduced the R9 SuperTri driver, which incorporated two major driver technologies – FCT and MWT – in a 460cc clubhead.

Now TaylorMade is proud to introduce the R11 driver – the next revolution in golf club adjustability. 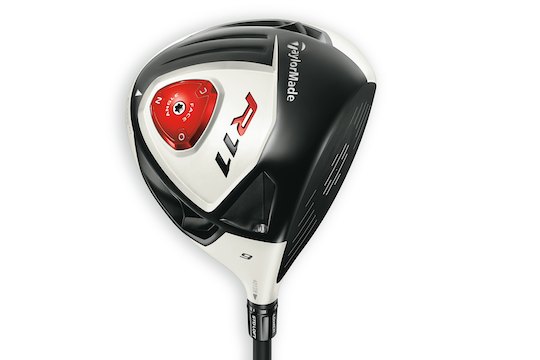 The ASP sole plate provides ±2° of face angle change (neutral/square, 2° open, 2° closed). You can create three lofts with the same face angle, or you can further accentuate a face angle or counter a negative face angle. Plus, the combination of ASP and FCT effectively doubles the range of face angle for the club for ±2° to ±4°.

Altogether, the combination of ASP, FCT and MWT gives golfers 48 ways to set up the clubhead to promotes up to 100 yards of side-to-side trajectory adjustment, the most of any driver in existence. Combining full FCT and MWT settings promotes a launch-condition range of 2° launch angle and 1,000 RPM.

The FCT system is extremely sleek and streamlined, resulting in less mass and a lower clubhead CG location compared to hosel adjustability systems in competitive drivers.

Players who prefer a specific face angle setting can bias the weights to adjust trajectory independent of the ASP setting. For instance, a player may prefer an open face angle at address while also desiring a draw-bias performance. With the R11 driver, the player can open the face using ASP and put the heavy weight in the heel, resulting in an open face but a draw-bias weighting.

The R11 driver is designed with a new, modern-classical clubhead shape intended to suit the eye of better players, while still providing forgiveness and confidence for average players. The shape is more contemporary appearance than traditional drivers, and slightly triangular to create a modern yet classical address silhouette. The triangular shape creates more inertia and a deeper back CG position for greater stability and forgiveness.

At 440cc, the R11 appears slightly (2%) larger due to its white crown color. Most golfers recognize address size relative to the size of the ball as a key confidence builder.

The R11 was designed with significant feedback from tour players and the unification of three major driver technologies, including ASP, has been extremely well-received; we expect it to be the No. 1 model very quickly after introduction on the PGA Tour. And, like all TaylorMade drivers, it features Inverted Cone Technology for higher ball speed on off-center hits.

The R11 measures 45.75″ and is equipped standard with a Fujikura Blur 60-gram shaft, which features a medium-firm tip profile.