In 2010, TaylorMade launched the Corza Ghost, the first in a series of putters whose white-colored heads make it dramatically easier to aim the face accurately, while also eliminating the distraction of glare on the crown. 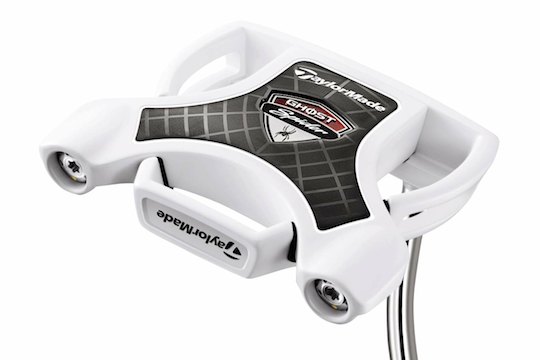 Now TaylorMade is introducing the Ghost Spider, which combines the head construction, size and high MOI of the Monza Spider with the white alignment benefits of the Corza Ghost.

Like the original Corza Ghost and the entire TaylorMade Ghost series family, the Ghost Spider was developed with input from the hottest putting instructor in the game, TaylorMade Tour Staff professional Dave Stockton.

“Dave convinced us that the concept of a white-headed putter was a good one, and he was absolutely right,” said Sean Toulon, executive vice president of TaylorMade.

Ghost Spider prototypes were created at the request of numerous tour professionals and have been put in play on the PGA, Champions and European tours. 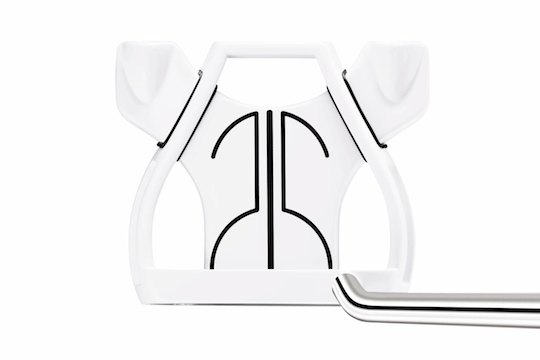 The study of thousands of putting strokes using our proprietary MAT-T (Motion Analysis Technology by TaylorMade) System revealed that 65% of golfers fail to square the putterface to the target from 12 feet, leading to inaccurate putts and higher scores.*

The Ghost Spider’s white head contrasts sharply with the turf to make it dramatically easier to determine where the face is aimed.

In addition, the Ghost Spider’s white finish eliminates the distractions of glare and “hot spots” caused by reflected sunlight, making it easier for the player to focus his or her full attention on aiming the putter accurately and executing a sound stroke. 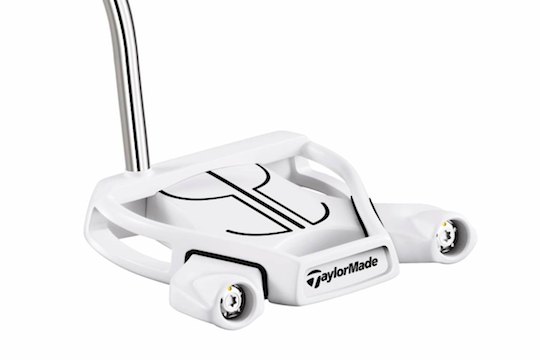 Like the Monza Spider, the Ghost Spider incorporates the same innovative, steel wire-frame construction that concentrates most of the weight in the perimeter, which creates the high MOI that makes the putterhead so highly resistant to twisting on off-center hits.

The Ghost Spider also shares the Monza Spider’s Movable Weight Technology™ (MWT), which allows the user to customize the feel by changing the weights to make the head heavier or lighter. 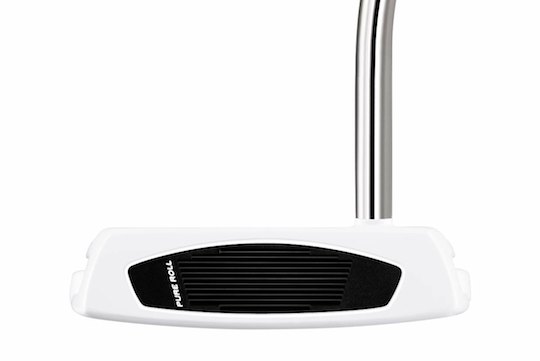 The TaylorMade Ghost Spider is offered in single-bend and center-shafted models in the 33″, 34″ and 35″ stock lengths, left- and right-handed, at a street price of USD$179.