One week away from the year’s third major, the Open Championship at Muirfield, and TaylorMade is giving a sneak preview of some special new prototypes on both the PGA Tour and European Tour for testing with Tour Staff professionals around the world.

The TaylorMade SLDR prototype, which hit the USGA Conforming List this week, is a 460CC driver head, which implements a new technology on the sole of the clubhead. 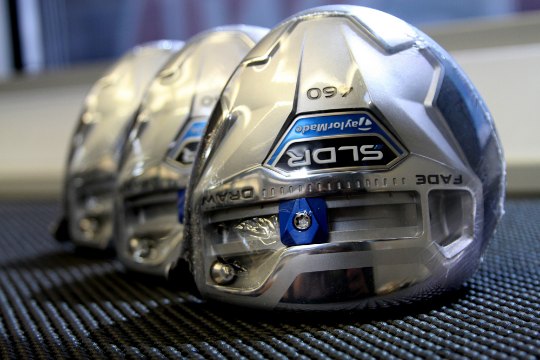 To begin gathering feedback from the best players in the world, TaylorMade debuted a limited number of parts at the John Deere Classic and the Scottish Open for initial testing.

From the alpha testing that began at Castle Stuart with players the likes of former Open Champion Darren Clarke and recent PGA Tour winner Martin Laird to the continuation of feedback from John Deere, including launch monitor testing sessions with Brian Gay, Boo Weekley and Lucas Glover, TaylorMade are optimistic about the first performance feedback.

Clarke, one of the first to test the prototype this week, took it out for a 9-hole practice round, as did Laird, and both returned optimistic about the on-course performance and the potential to put the new prototype on play later this week.

Early performance trends on both Tours in comparison testing with the R1 driver show, most notably, an increase in ball speed.

Although not competing this week, a handful of players including 2013 US Open Champion Justin Rose, have already requested builds for independent testing in preparation for the Open Championship at Muirfield.