TaylorMade Golf has announced an entirely new collection of Ghost Tour Series putters with the release of seven Tour-proven shapes – each one a work of art engineered to deliver great feel, alignment aid and a smooth, accurate roll. 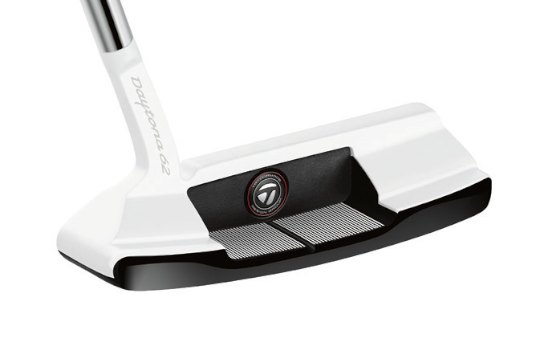 The Ghost Tour Series was created to appeal to golfers who prefer traditional putter shapes and weighting – a group that accounts for at least half of all players.

At the same time, TaylorMade has created a line-up that is aesthetically pleasing in its detailed design.

Aesthetically, golfers will notice the craftsmanship that each Ghost Tour Series model provides.

All models feature a premium black ion plating on the sole as well as a coat of durable white paint to provide contrast benefits against the green.

Additionally, each model features a chrome stepless shaft and a tour-preferred TaylorMade rubber grip – two small additions rarely found in a putter under $150.

For the first time, golfers have the option to upgrade to the same shaft in matte black for an additional $40, a finish used by players on the PGA Tour to help reduce glare.

Yet another new feature in this series is a multi-material 8020 PureRoll insert (80% Surlyn/20% aluminum) to promote smooth roll, keen distance control and a profound feel.

Ghost Tour Series putters are priced at US$149 each and offered in lengths of 33”, 34” and 35”. Retail availability for the Ghost Tour Series begins Sept. 1. The Corza 72 model is available November 1st.