Titleist’s Pro V1 and Pro V1x golf balls have lead the way in the golf ball market since 2000 and 2003 respectively and now two decades later the company is changing up the game with a complete overhaul of their marquee product.

Available beginning Jan. 27 in golf shops worldwide, 2021 Pro V1 and Pro V1x are the result of new core, casing layer, cover and aerodynamic technologies – including proprietary 388 (Pro V1) and 348 (Pro V1x) dimple designs optimised for extraordinary distance and consistent flight – that combine to make the most trusted and best performing golf balls in the game even better. 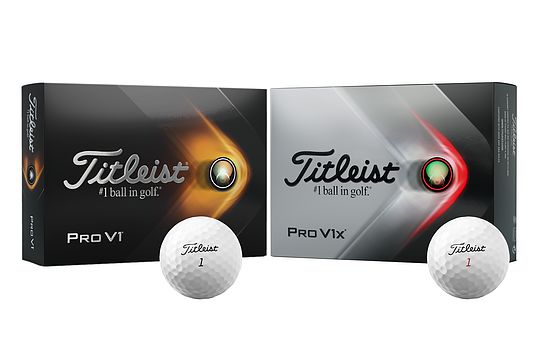 “It takes years of work – we’ve been working on these new packages for almost a decade – but it is that commitment to research that ensures each golf ball is optimised to fly at its longest and most efficient trajectory,” said Mike Madson, Titleist R&D’s Director of Aerodynamics & Research Engineering.

“When we find a pattern we like, the next step is making sure we find the best possible version of that pattern by building and testing different variations of dimple depths, diameters, shapes and surface coverages.”

And the improvements are not just on paper, since their debut on the PGA Tour last October, many of the world’s best players have jumped at the chance to put the ball into action.

In November, Australia’s Cameron Smith became the first player in the history of The Masters to finish with all four rounds in the 60s after choosing the new Pro V1x.

“When I first tested it, it was a bit hotter off the driver, which was great,” said Smith said.

“The ball flight and windows were great. But the biggest thing that stuck out was the control coming out of the rough and around the greens. I can control my shots – especially those difficult, soft shots – so much better.”

New Pro V1:
The all-new Pro V1 offers the greatest combination of speed, spin and feel in the game, providing the best fit for the majority of golfers. Pro V1 flies lower than Pro V1x with a penetrating trajectory and has a very soft feel.

New Pro V1x:
Meanwhile the 2021 Pro V1x has a fast, high flight and delivers spin when and where a golfer wants it. Pro V1x is designed for players who want a higher trajectory and increased spin relative to Pro V1, with a slightly firmer feel.