The new Titleist U Series utility irons offer two unique models – U500 and U510 – designed to expand a player’s shot options at the top end of the bag.

Called “utility irons” for a reason, the new U500 and U510 models produce more distance than a standard iron and less spin than a hybrid – delivering that one shot a golfer needs precisely when it’s needed.

The U500 is the player’s utility iron designed for superior shot making. The extremely versatile, low loft utility features a compact shape that delivers high launch with a soft landing and precise distance control. The U500 is available in 2I (17º), 3I (20º), 4I (23º) options. 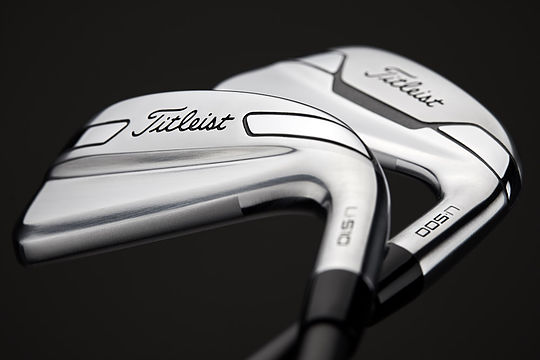 “U510 is the launch king,” Ines said. “The larger shape and wide sole allowed us to place the tungsten weighting so that the CG is lower and further back than any iron we’ve developed – and what that translates into is a lot of launch angle. The ball just gets up and out and goes.”

Already the most played utility irons on the PGA Tour – and in the bags of Adam Scott, Jordan Spieth and Jimmy Walker – the new U Series utilities will be prominently on display this week at the Open Championship, where U500 and U510 will be the #1 utility iron models in play at Royal Portrush.

Every stock hybrid and iron shaft (steel and graphite) in the Titleist matrix – including the shafts soon to be offered on the new Titleist TS hybrids and T Series irons – is also available for custom order at no upcharge, offering players a multitude of options to dial in their performance.

Read more about the U500 and U510 Utility Irons at Titleist Australia.