Titleist has been the overwhelming most played utility iron on the PGA Tour for several years running and the addition of the new U•505 and T200 long irons will contribute to its most played position.

The new U•505 utility iron and T200 long irons will be available for custom order in Australian and New Zealand golf shops from August 26. 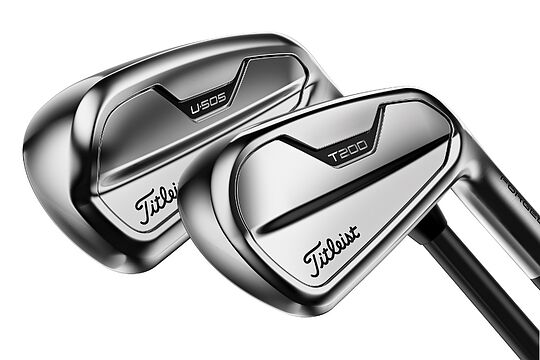 “The new U•505 is the direct result of tour player feedback of the original U•500 and U•510 utility irons,” said Josh Talge, Vice President, Titleist Golf Club Marketing.

“The U•505 combines the best of both and the result is our highest performing and most playable utility iron yet. The new T200 long irons offer similar high launch and speed with the look and feel of an iron set at the top of the bag.”

Improving upon the foundation of the previous generation U•510 and U•500, the new U•505 is a wide-soled, high-launching utility club.

Designed for the player who is looking to increase launch and speed from their long irons with a faster face, the U•505 features evolved Max Impact 2.0 technology and new denser D18 tungsten weights, delivering improved sound and feel with outstanding versatility. The player’s shape provides confidence at address.

The new T200 long irons are designed for the better player who is looking for long irons to increase launch and speed at the top of their bag.

The 2, 3 and 4 T200 long irons, with lofts of 17, 20 and 22*, respectively, are the choice of those players who want maximum speed with their longest irons, but prefer compact player’s irons for looks versus a utility iron.