The Open in July marked the third consecutive major championship in 2022 won by players trusting Titleist drivers for their success – and the first with the new TSR model. The TSR is the next generation of the Titleist Speed Project that began more than six years ago with the TS series followed by the popular TSi models.

Available in golf shops worldwide beginning September 30 – with global fittings available now in Australia and NZ – the new TSR drivers are designed to bring more speed and distance to every golfer.

“Titleist TSR represents the deepest, most complete, and most validated understanding of the tee shot ever held within our walls,” said Stephanie Luttrell, Director, Metalwood Development, Titleist.

“Every aspect of impact has been considered, constructed and optimised in service of our singular desire to produce more playable distance from every swing. New TSR drivers take everything that made TSi the most played driver on the PGA Tour and pack even more performance into every head. From new face technologies to CG improvements and aerodynamic refinements, TSR helps the golfer unlock more speed.”

Each of the three models – the TSR2, TSR3 and TSR4 – provide distinct performance options for a variety of players. The TSR2 is a “max” performance driver offering the perfect combination of speed and stability, while the TSR3 provides speed and distance through precision tuning technologies such as SureFit Adjustable CG Track weighting. The TSR4’s adjustable weighting system allows for more control than ever over spin conditions. 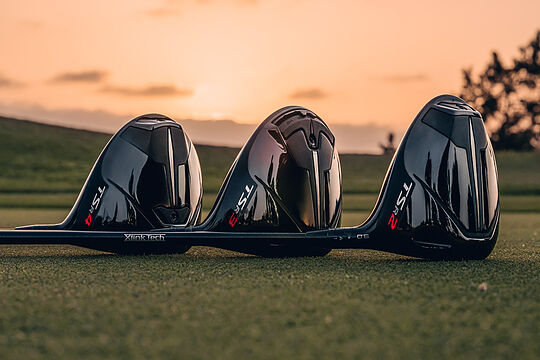 Titleist Speed-inspired drivers have been the choice of more players and more champions on the PGA TOUR for four years running. The new TSR models made their debut at the Travelers Championship in June, where 18 players switched the first week it was available for competition. There were a combined 21 TSR models in play at The Open, where Cameron Smith edged Cameron Young by one shot, giving the Titleist TSR3 a 1-2 finish at the year’s final major.

Titleist TSR drivers will be available in Australian and New Zealand golf shops beginning September 30 and will be priced at AUD$899/AUD$1199 (Premium) and NZD$999 | NZD$1,339 (Premium).