It’s not uncommon for it to snow in Georgia and home to the famed Augusta National Golf Club. However the snow usually falls early in a New Year and not necessarily in December and days before Christmas.

But that’s what happened with snow blanketing the Masters course where Australia’s Adam Scott won in April as you can see from the photographs posted by Augusta National’s Head Greenkeeper. 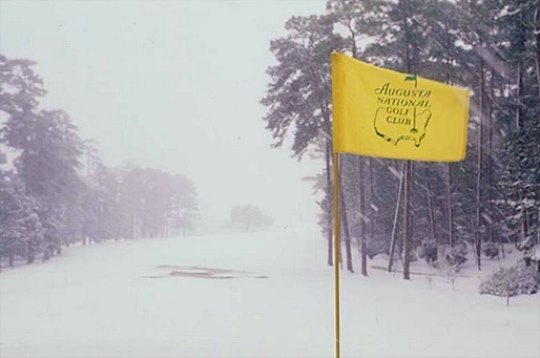