Both members and visitors have questioned whether the hole, in its current state, sits well amongst the rest of the classic links-style course. 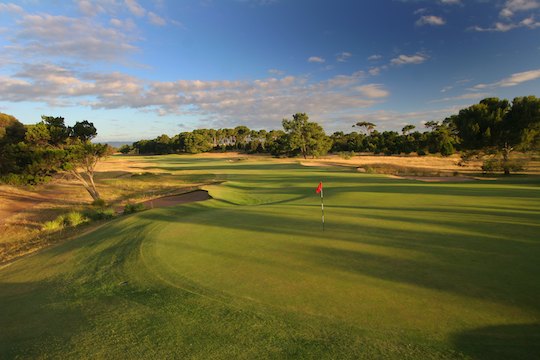 The layout at Royal Adelaide has a unique history dating to its creation on the sandhills of Seaton back in 1905.

Unquestionably one of Australia’s and the world’s finest golf clubs, the layout at Royal Adelaide was originally designed by a couple of committee members before the course was then reshaped following the 1926 visit of legendary English architect Dr Alister MacKenzie.

Royal Adelaide’s Course Committee has now decided to tackle the issue and implement major changes to the hole in consultation with course designer American Tom Doak, who will replace Mike Clayton as the club’s consulting course architect.

The work on this controversial hole will address the many issues that have at various times been raised by members and those which the course committee seek to resolve.

The major point of contention is whether or not the re-worked hole and green are out of character with the rest of the course.

In addition to the removal of a number of fairway bunkers and reducing the length of the carry from the tee, the existing green will be ripped up and moved to the right.

The changes will delight many of the members, who in the past have had a good round ruined on a green which has seen many a four putt in its short life.