Isis Golf Club at Childers (QLD) will celebrate 100 years of golf this year, with the highlight to be the Centenary Ball and Reunion on September 15.

Centenary committee member Allan Royan reckons the club of just on 100 members may be overwhelmed by the attendance at the various functions planned. 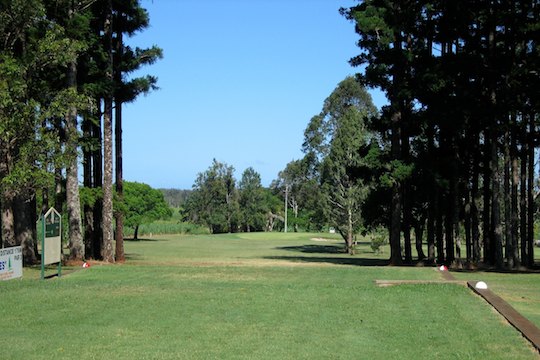 “We really have no idea how many people will return for the centenary celebrations, but my gut feeling is there will be plenty,” Royan said.

“In the past when people moved to Childers to work, especially professional people, they almost always gravitated to the golf club.”

“They might have stayed here for a decade or so and they often spent their leisure time at the club or on the course. In many cases it became their social hub.”

“When they realise we are celebrating our centenary, I’m sure many will return to join in the festivities.”

Royan has no doubt the locals will also support the centenary celebrations.

“In a small community like Childers it is not unusual to have individuals involved in the club for major portions of their lives,” he said.

“I know of people who started out as caddies, then rose through the junior ranks to become long-time senior players and ultimately veterans. There were three brothers here who were involved with the club for an accumulative total of just on 120 years.”

Other major events on the centenary calendar include opening day on January 21 – which a number of Golf Queensland dignitaries will attend; Centenary Sporting and Service Clubs Open on April 14 and the Centenary Challenge on April 29; Isis Centenary Junior Carnival on May 20; and in August the Isis Ladies Centenary Carnival (5th) and Mixed Foursomes Championship (26th).

Special centenary medals have been struck for monthly medal winners and the centenary logo has also been printed on sandblasted whisky glasses, pens and club shirts.

Royan first started playing at Isis GC in the 1970s and said the course had never looked better than at present.

“It is an absolute picture at the moment and could well be described as pristine for our centenary year,” he said.

Although only nine greens exist, the course presents as an interesting 18-hole challenge with a par 70 course covering 5556m.

“We may be biased, but we believe it is one of the best nine-hole golf courses in Queensland,” Royan said.

And he has now doubt which hole is the signature of the golf course – the opening hole, a par three.

Framed by hoop pines which the locals suggest could be up to 80 years old, the distance is 176m (for men and women) on the first visit and 187m (176m women) when played as the 10th hole.

On the left is an out-of-bounds canefield and the right is protected by more trees and a greenside bunker.

“It is a beauty, and members and visitors alike never tire of playing it,” Royan said.