Is too much technology destroying your golf swing? Yes, if it isn’t used properly says Newcastle pro Jason Laws.

“I think technology is fantastic but if it is utilised the wrong way it doesn’t work, so you must be very familiar with what you are using,” he said. “When it is applied correctly the benefit to the golfer is enormous.” 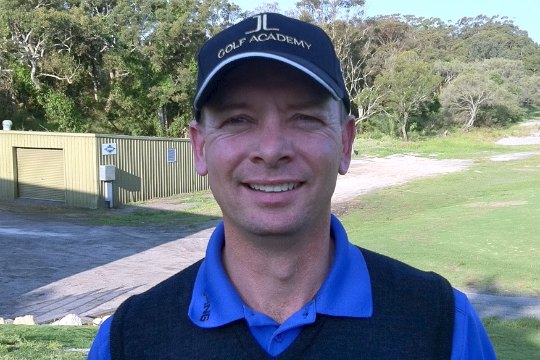 One would hope Laws, who coaches USPGA Nationwide player James Nitties, has a solid handle on all things IT, as he has just opened a stunning new learning centre which will have range rats coming back for more.

Based at Newcastle Golf Club on the NSW Hunter Coast, the Jason Laws Academy can assess every part of your golf swing through an impressive array of equipment.

Central to the Academy is the Flight Scope machine which measures many vital areas of the golf swing, including ball flight, spin ratio, swing speed and impact speed.

While the statistics revealed are of use to the player, what sets this facility apart is the location of four cameras, videoing the swing from every conceivable angle.

The V1 video analysis software, in combination with the Flight Scope stats means most players would be able to teach themselves, Laws says. Players hit out on to the golf course driving range and then a giant plasma screen instantly plays back all the data.

“We empower people with knowledge so that they can have a golf swing for a lifetime. Each player can always recall their data off the internet, so I think this academy is an ultimate experience place.”

And while the Flightscope and video is a very useful assessment tool for all golfers, one of the most impressive pieces of equipment is the David Leadbetter core machine.

It is the only one in Australia and teaches a golfer to use their core more effectively in the golf swing.

“Again, I don’t have to say too much, when you get on the core machine you see how the core works on the golf swing,” he said.

“I can show golfers how to work it with pitch shots and long shots. You can instantly feel how the sequence of the body arms and legs can work consistently.”

A balance mat also helps the golfer understand their weight distribution through the golf swing, while the SAM PuttLab will measure every imaginable aspect of the putting stroke.

There is also the capability for assessing each individual’s golf swing biodynamic.

“We then send this off to America for analysis and the player can have the results back the next day.”

The two-storey Academy costs six figures to build and is the culmination of a 20- year dream for Laws.

“I have been to David Leadbetter’s Academy, Jim Mclean’s and various others over the years and seen what they do,” he said.

“I used to look around up at the sky and other guys would ask me what I was doing, I was just picturing the Academy I would one day like to have.”

Laws is also aiming to make the Academy part of an extended break in the Newcastle region, linking up with hotel chain, Crowne Plaza to provide accommodation packages.

“We can pick people up from the airport and take them on tours of the Hunter wineries and the various other attractions in the area,” Laws said.

“It is designed to be the ultimate experience for the golfer, honestly there is nothing like it in the world.”