Rescue plan for one of Scotland’s oldest courses

Golf courses face a perennial battle to survive – and it seems even in the Home of Golf they are not completely impregnable.

They have been playing golf on the famous North Inch course in Perth, Scotland since the the 1500s, yet still a layout as famous as this has almost gone “under”. 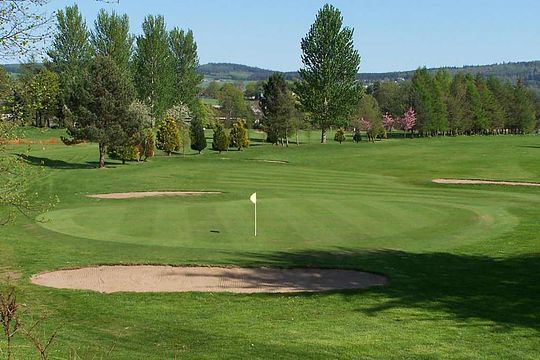 The local Perth and Kinross Council has been studying a six-year proposal to ensure North Inch survives.

Financial constraints have put the North Inch’s layout under threat of closure.

Thankfully a storm of protests from golfers and locals have forced the council to vote on a rescue plan to preserve what is considered a famous sporting venue.

That includes retaining and strengthening the relationship with existing users through consultation and raising awareness of the course as well as targeting the Perthshire visitor market and luring more tourists there for a game.

The plan will also see moves to attract season ticket holders, visitor golfers and new golfers to the municipal “pay and play” course.

In a report on the business plan Perth and Kinross Council’s director of environment, Barbara Renton says the golf course had actually experienced an upturn in its performance over the past 18 months.

“There is also the opportunity to further reduce this expenditure pressure by continuing to stimulate interest in the course and generating income,” she said.

“Over the six-year period, the North Inch golf course business plan sets out an action for both promoting and developing the course.

“This is with a view to improving the users’ perception of the course, reducing the operating deficit and aspiring to achieve the full cost of recovery.”

The move was welcomed by Richard Barrance, 69, chairman of the North Inch Golf Course Users Group.

“There’s always been this feeling that the course may be closed, and that it suffered from a lack of investment,” Barrance said.

“This is a positive move and it’s good the council realise this famous golf course is a real asset to Perth.”