Few would doubt Royal Melbourne’s standing as the premier golf course in Australia in the wake of the Presidents Cup.

With the New Year upon us, the Melbourne sandbelt gem is primed to further cement its place in the world’s bucket list of courses to play. 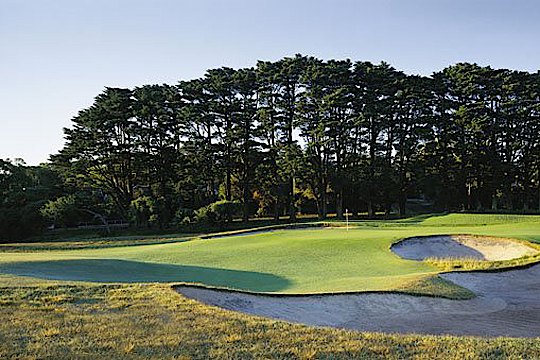 This month’s Master of the Amateurs and February’s Women’s Australian Open both head to Royal Melbourne.

The Women’s Open will bring with it heavy media attention as an LPGA-sanctioned event broadcast into the US.

Its prize purse of US$1.1 million is the biggest that’s been on offer at an Australian women’s event.

Course superintendent Richard Forsyth won’t have a bevy of PGA Tour staff to draw on like he did at the Presidents Cup, but said the course will again be immaculate as millions tune in to watch the Women’s Open.

“Whey you throw in the televised coverage it puts extra scrutiny on things and with it being the LPGA event this year there’s more prizemoney,” Forsyth said.

“It widens your TV coverage so from that point of view we want it to be as good as it can be.”

“I don’t think we’ll be doing too much to the course the week before the event and the week of the event because we have so many other things going on. We’re going to have a pretty short lead in time but I think it will come up well.”

Forsyth expected tournament organisers to ask for softer greens than those at the Presidents Cup, but will be pushing for firm conditions.

“I think they would ask for it to be not as hard and fast as that, but that’s the character of the course. For the Presidents Cup, what I was really pleased about was we were able to show the greens off that way. I think for the women we certainly don’t want to have soft, receptive greens that are slow.”

Last year was a memorable oner for Forsyth with the overwhelming success of the Presidents Cup.

“I think a few people would have been going around saying Royal Melbourne’s not as relevant as it used to be in terms of how far they hit it. But the Cup showed if you present the greens in that sort of condition you can still have plenty of interest and challenge and it brings the strategy of the golf course out.”

But he said heavy media coverage before and during the event made stress management extremely important.

“Certainly after the event, even though you didn’t think you were stressed you felt a bit flat for the first two or three days the next week, I suppose also satisfied as well.”

“I tried to intentionally keep a relaxed atmosphere because if you show you’re too stressed it filters down through the staff. We really wanted the guys to enjoy the week and it was sort of the culmination of a couple of years of pretty hard work for most of them.”

The clean up from the Presidents Cup took several weeks but appears to have done little damage to the course’s recovery.

“You have some pretty unsightly turf when you first pull (grandstands) down but most of its springing back to life,” he said.

“You have to deal with the debris and screws and bolts and nuts that don’t do your mowers any good, but overall the rain sort of freshened up all those traffic areas where you have the golf carts and the spectators.”