The Grand opens its doors for new memberships

It first won acclaim as Greg Norman’s initial Gold Coast ‘masterpiece’. Then The Grand Golf Club played host to no less than an Australian Open championship, won by Stuart Appleby in 2001.

Now The Grand is back in the news after almost 15 years simply catering for members only and giving them a golfing experience to remember. 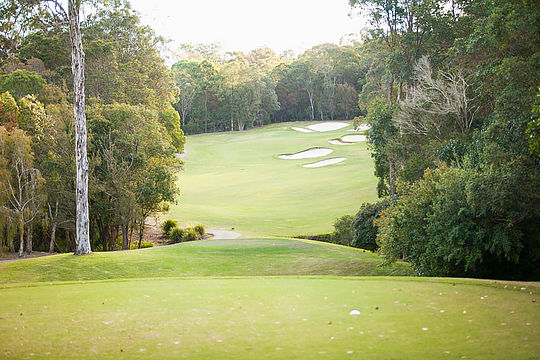 The Grand Golf Club set in the Gold Coast hinterland

A limited number of golf memberships have been offered for sale. They’re not cheap though – the 30 memberships will sell for $25,000 each.

Still it is luxury golf and The Grand is a special course that provides a personal security card for entry as well as access to a fleet of golf carts; no time sheets, meaning there are no booking requirements or green fees and there’s also an a-la-carte restaurant; and luxury limo service for members.

Besides the individual memberships, The Grand will also offer five exclusive corporate memberships to a course which has always maintained its strict “members only” policy.

The Grand was established by Japanese investors who, in 1990, commissioned Norman to design a $30m golf course, opened it for one day and then, due to insufficient funds, closed its gates.

In 1996, a consortium of eight businessmen bought the site and recommissioned Norman to upgrade his original design.

The results were stunning and members have been happily enjoying this Norman signature ever since.

Now it seems they will be sharing with a few more ‘corporate types’.