The odds say that it just doesn’t happen…well maybe it does once every 67 million ‘trys’.

I’m talking about two holes-in-one – by the same golfer – in the same round. 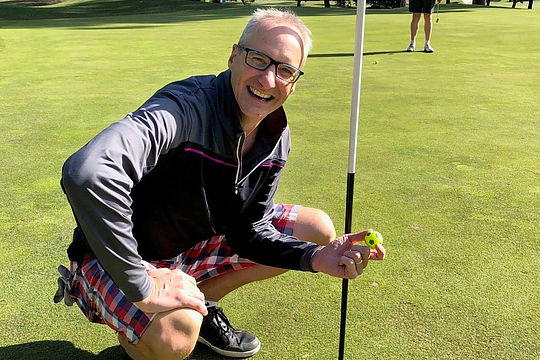 The unthinkable occurred for Victorian golfer, Jim Grant, while playing with a group of mates at the Green Acres Golf Course in Kew, Melbourne.

Grant aced both the 11th and 17th holes and later admitted he didn’t actually see the first ace go into the hole.

“I hit a lovely eight-iron and I thought the ball was getting close so I turned to the fellows and said ‘I think this is going to go close’ and suddenly they were all jumping up and down,” he said.

“I kind of missed it going in.”

Yet six holes later Green didn’t fall for that trick again when he played another wonderful iron shot.

And he even had the audacity to ask his playing partners what the odds were of sinking another tee-shot.

“One of the guys just flippantly said about 60-million-to-one and I stood up, hit the 5-iron and in it went,” said Grant. “We just thought ‘this isn’t possible’.”

So apprehensive about it was Grant that he took his putter with him onto the green, in case their eyes had been deceiving them.

“There it was just sitting there smiling back,” he said. “We jumped for joy and whooped a bit. It was amazing.”