$1b Hummock Hill closer to reality 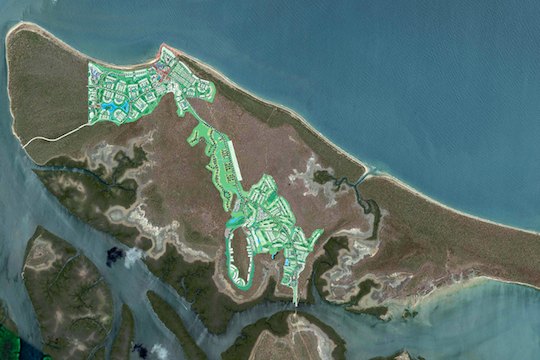 Closer To Reality: The $1b Hummock Hill development near Gladstone

The Coordinator-General’s report will be sent to the Federal Government for their approval on matters of national environmental significance under the Environmental Protection and Biodiversity Conservation Act and to Gladstone Regional Council recommending the project’s approval under the Sustainable Planning Act.

Subject to these approvals, the developers hope to commence construction on the project as soon as possible.

More than 50 development conditions have been assigned to the approval which along with its initial contractual commitments, deliver a blueprint for creating a sustainable, tourism-based community.

Hummock Hill Development Manager, John Kelly said: “We now are reviewing the Coordinator-General’s report in detail before progressing to the next stage. We know the development approval conditions are very demanding, as one might reasonably expect for a development of this scale.”

“They also form a scientifically robust and comprehensive foundation upon which the Gladstone Regional Council and the federal authorities can finalise their development conditions.”

Key components of the Hummock Hill tourism community include:

The community will also feature a tourist park, holiday and residential properties in one, two, three and four-bedroom configurations, golf course and other sporting facilities plus a town centre with low impact commercial and retail development.

The facilities will generate a strong demand for local employment during construction and on-going operations.

“The Master plan requires us to install $200 million of infrastructure services including a reticulated water supply, power, roads, sewerage and communications,” Kelly said.

“Of that, around $40 million will be required in the first two years of development.”

“The $950 million development will generate an average of 190 jobs per annum during the 17-year construction period. The development will provide an estimated 700 full-time positions in tourism and related industries once the community and its facilities are fully operational.”

“We intend to use local contractors and tradesmen providing significant employment opportunities in the local community.”

The developers have provided any interested parties (including golf design firms) with an opportunity to register their interest as a potential supplier of goods or services via their website for a number of years, as well as those interested in updates on employment opportunities that arise over time.