An exciting new $700m 18-hole resort golf course and community is to be developed at what is regarded the gateway to Whitsundays, at Airlie Beach.

A Queensland developer Latitude Development Group has paid a reported $10m for a 283ha site to develop the project, just five kilometres from Airlie Beach. 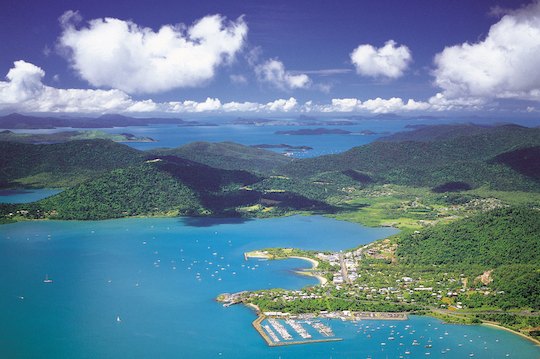 Plans for the project had already been drawn up by Victorian-based company Links Living, who withdrew after losing one of their residential land partners.

Latitude hopes to cash in on growth in the resources industry in the Whitsundays region, an area that has been suffering from a downturn in tourism.

Latitude director Josh Thompson explained the project had now been secured and would be “rolled out” over 10 years to 15 years.

“We are taking a long-term view of the emergence of the Whitsunday region and we will roll out the community in step with market demand,” Thompson said.

“We are great believers in Airlie Beach and its future growth prospects.”

The Whitsundays is regarded as a gateway to the Great Barrier Reef and is situated close to the northern reaches of the coal-rich Bowen Basin.

The project should also prove a great boost for golf tourism in the area, which already has the once highly-rated David Graham-designed Laguna Quays at Turtle Point near Proserpine.