He’s steered women’s professional golf in this country into lofty heights in recent years and attracted the best players in the world to our shores. 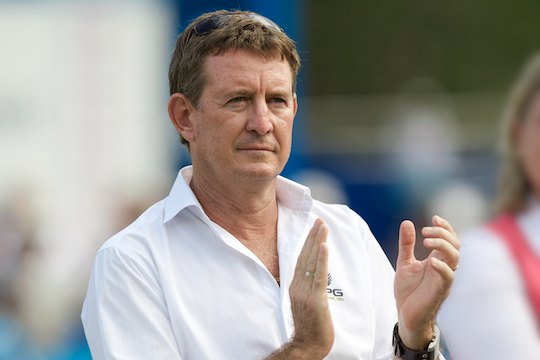 Sevil, who took over from the equally popular Don Johnson in 1998, has helped turn Australia’s women’s pro-am circuit into one of the best in the world with frequent competitors like Laura Davies, Karrie Webb and a host of other big names taking professional golf to some of our smaller towns, albeit with impressive golf courses, around the country areas.

Yet Sevil, a single-figure marker and one-time caddy for his wife, Jennifer, on the Japanese women’s tour feels it is time for a new challenge in his life.

“The 15th anniversary of my role with ALPG is approaching and I feel the time is right to disengage,” Sevil told ALPG president Shani Waugh when he tendered his resignation last week.

“I guess 15 years is a long time in any position, so for the benefit of my own personal development and for that of the ALPG, I believe new directions and fresh perspectives are healthy and necessary for both parties.” he said.

“The ALPG has been a huge part of my life.”

“My time with this exclusive organisation has been demanding, but rewarding in so many ways.”

“I’ve been proud of my position, proud of my achievements and passionate about my responsibility to the organisation and its members.”

“I’ve met and learned from hundreds of wonderful people across the broad spectrum of ALPG and international women’s golf, many of whom are now close personal friends.”

Waugh says thanks to Sevil’s efforts the ALPG has grown from a relatively unknown organisation to one that is recognised and respected on the global golf industry stage.

I am proud to say I was on a panel, with retiring CEO Don Johnson, who interviewed and subsequently hired Warren Sevil to his role with the ALPG.

He has done us proud and will be missed from this progressive group of professional golfers.