With some of the best golf courses in the world on their doorstep it is difficult to believe Tasmania’s biggest city doesn’t have a public golf course.

Still Hobart is doing something about that with the impending opening of a course at Arm End, which is expected to join the list of Tasmania’s golf attractions sometime in 2018. 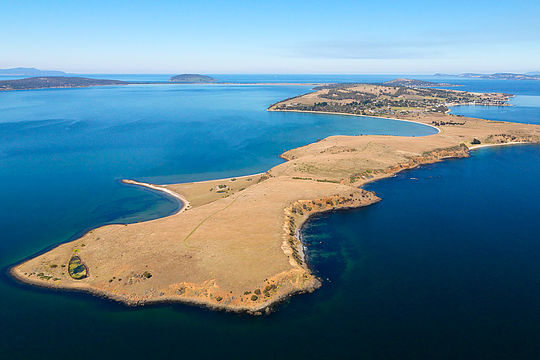 Whether Arm End can take its place alongside the likes of Barnbougle Dunes and Lost Farm on Tassie’s north coast at Bridport and even the two new layouts on nearby King Island, is in the lap of the Gods.

Still such is the attraction of the Arm End location that the golf community in Tasmania is already rubbing their hands in eager anticipation of a new golfing mecca that may lie ahead.

This spectacular site, just a short ferry ride from the Hobart city centre, will boast views of the famous Derwent River from every hole when the layout is eventually completed.

The low-impact, strong sustainable environmental themes and considerations in the designs of built structures by Tasmanian architects complement the design by national golf-course architects and site master planners.

A group of Tasmanian investors have been granted a 50-year lease by the Parks and Wildlife Service, and have set their goal as giving Tasmania the perfect southern bookend to what has been created with Barnbougle Dunes and Lost Farm in the north of the state.

They believe Arm End will also stand out on the world stage and have committed to delivering a world-class asset to the local, Tasmanian and Australian communities, as well as delivering a stunning environmental outcome.

A 10-year rehabilitation program will also return the 116-hectare site to a native, coastal habitat for plants and animals.

“The site is absolutely spectacular and we are also determined to return the land back to its coastal native garden habitat.”