An important redesign contract for Ben Hogan’s home club at Shady Oaks in Fort Worth, Texas has been awarded to the Australian course design firm of Ogilvy Clayton Cocking Mead.

The announcement was made during the Emirates Australian Open and represents the team’s first course design work in the United States. 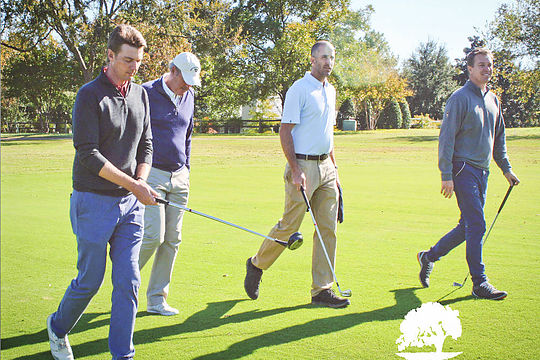 Shady Oaks opened in 1955 to a design by American architect Robert Trent Jones and was home to the immortal Ben Hogan, who famously worked religiously on his game at ‘Shady’ well after his retirement from competition.

Speaking on the Golf Channel in the U.S. last week, the team spoke about the announcement and their excitement for the opportunities that present with work due to commence later in 2016.

“You can feel him everywhere. His clubs are everywhere, his old locker is still there exactly how it was the last day he was there. The place just smacks of important golf history.”

Mike Clayton spoke of trying to merge the use of space while retaining the essence of the precise approach to the game that made Hogan so famous.

“I adored how Seve (Ballesteros) played but we revere what Hogan did, the two polar opportunities of champion golfers. One who played with great expression but needed space to play and the other who played such incredibly precise, U.S. Open-type golf.”

To blend the two together, to mix the element of Seve with space with the way Hogan played, will be a fun part of the project for us. Trying to marry those two together, with more Royal Melbourne and the way Seve played with the short grass and Augusta.”

“Bits of both those players would make for a great golf course.”

Having the opportunity to work on the short course Shady Oaks has in the middle of the property, incorporating the practice facilities where Hogan spent countless hours, appeared to be the icing on the cake for the team.

“To me actually, it’s almost the most exciting part of the place.” Ogilvy said.

“They got this kind of cool, semi-organised ten or so acres of nine greens in the middle where Hogan used to go out and shag balls.”

“We’re going to try to make it it a fun addition to the place, where you can play to different greens, a great addition for the kids at the club. A good teaching tool for the pros there and somewhere for the boys to have a beer after a game and and have some fun playing an ‘emergency’ nine holes.”

“It’s a really amazing part of the golf course, so amazing that any time you built a golf course you’d try to get them to do what Shady already has. That’s how cool it is”