For a country with so few golfers, compared to the big guns, Australia really holds its own when it comes down to discussing the world’s best golf courses. 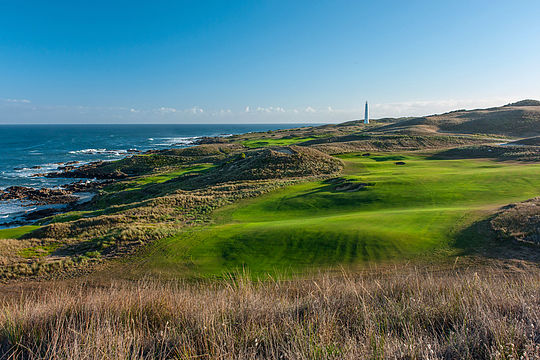 That’s not a bad return – in anyone’s language…nine courses out of the 100 best golf courses in the world.

Of course few would argue with Royal County Down in Northern Ireland again being named as the world’s No 1 layout.

Anyone who has played it will tell you what a special place it is…and it’s the only place in the world where you see golfers walking backwards down the first fairway as they admire those magnificent Mountains of Mourne in the background behind the first tee.

Likewise there is a special aura associated with the No2 course in the rankings, Augusta National, where the elite golfers of the world gather every year for The Masters.

We’ve all seen Augusta National enough on television to know how special it is, even if we never get the chance to play there.

Pine Valley in the US (No 3) and Cypress Point (No 4) are two of the most celebrated courses in the US as well and almost as exclusive as Augusta, while the much more remote Royal Dornoch (No 5) is worth the long drive north in Scotland.

The good news is Royal Melbourne West comes in at No 6 followed by Shinnecock Hills in New York and by now you must be wondering where the heck is The Old Course at St Andrews. Well, it is ranked No 8, with Muirfield in Scotland and Merion in the US rounding out the top 10.

For the record, where the other Aussie courses are rated behind Royal Melbourne are: