Bann named Teacher of the Year

Steve Bann, one of Australia’s most respected and accomplished golf coaches, has been recognised amongst his peers and named the PGA of Australia’s Teacher of the Year for 2010.

For those within the international golf community, Bann needs little introduction. 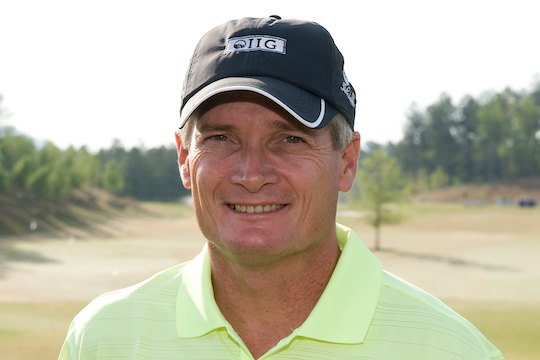 Bann named Teacher of the Year

One of Australia’s most highly respected coaches on the international scene, Bann’s reputation has grown significantly with each year that passes.

From designing and implementing the Victorian Institute of Sport Golf Program of which he was also the head coach from 1991-1997, to coaching some of the world’s best players including Stuart Appleby, K.J Choi and Robert Allenby, Bann has committed his time to all levels of the game since becoming a PGA Member back in 1983.

“There are so many high calibre golf coaches amongst the PGA membership so to be selected is an honour,” Bann said.

“It is made particularly great by the fact that I have won this award based on the voting by my fellow members.”

Bann made special mention of his business partner, Dale Lynch, with whom he has worked with since the 1970′s and to the many other coaches that he has learnt from along the way.

“I’ve always found that by working with other golf coaches and sharing ideas, the cumulative knowledge is always far greater than trying to do things by yourself,” he said.

“The opportunities that being a professional golf coach has given me have taken me far and wide and its something I’m very excited about and I really enjoy what I’m doing.”

“Steve Bann is a credit to the PGA and his fellow members and a very deserving winner,” Garske said.

“Steve is a fine example of the high calibre of teaching professionals that we have amongst our membership, and he has contributed significantly to the reputation of Australian PGA Members the world over.”

The PGA Teacher of the Year is awarded the ‘Ross Herbert Award’ in memory of the late Ross Herbert who was the inaugural Head Coach of the AIS Golf program and a PGA member for 20 years.