The good news at Barnbougle Dunes is they ain’t finished yet…building golf courses that is.

One of the world’s most popular golfing venues may yet have even more world-class layouts added to the Barnbougle and Lost Farm layouts that draw golfers from far and wide to experience these extraordinary ‘must-play’ layouts. 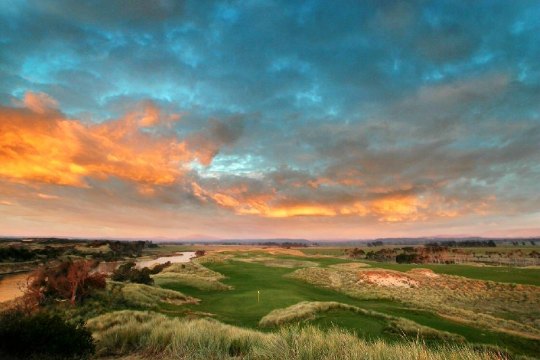 Now the owner of the site, Richard Sattler has revealed that land east of Lost Farm has already been attracting interest from some of the world’s leading golf course architects.

“There could be more golf courses, we’re just sitting at present, watching what the market does,” said Sattler, who has owned the 15,000-acre property at Barnbougle for almost 27 years.

“We’ve all got to be conscious that membership golf in Australia has been declining for a few years so we don’t want to sort of overload the market. So we’re really watching to see what happens.”

“Whether that trend’s changing, which it appears it may be slightly, but there’s not enough conclusive proof yet.”

Sattler said it was very much a commercial decision.

“It’s a business before it’s a golf course,” he said, revealing a decision would probably not be made for two or more years.

“In two years’ time we’ll be pretty confident we can make the right call,” he said. “We’ve had just so many architects have a look at it and want to pitch for the job now.”

“Everyone sort of wants the chance to try and top the first two [courses] with something special and we’ve got a site along the coast of Lost Farm site.”

“It’s all just sitting there, it’s just whether we do it as a commercial decision.”

Wouldn’t the likes of Aussie architects like Greg Norman, Graham Papworth or Ian Baker-Finch and his partner Jim Wilcher love to leave their signature on this landscape?