Graham Marsh is renowned as being one of our leading golf course designers.

And the West Australian professional is serving up a treat with Sydney’s newest layout, Bingara Gorge, now open for business in Sydney’s south-west near Wilton. 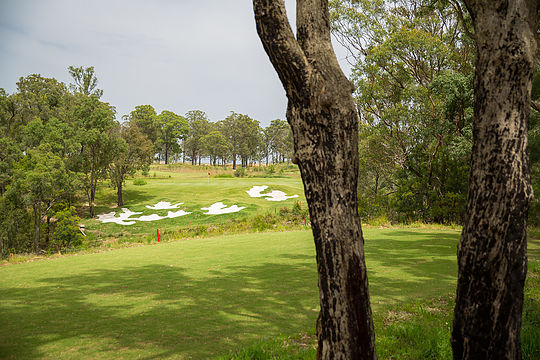 The first nine holes, which is actually the back nine of the par 72 course around Bingara Gorge, opened in November and like Marsh’s course at Luddenham in Sydney’s west, is a stringest golfing test for players of all levels.

Set in marvellous bushland with several holes playing around a massive central lake, work is already progressing on the front nine with a final opening date for the 18 holes expected to be later in 2015.

The first nine is already being tested by members, made up of residents of Bingara Gorge and their guests. 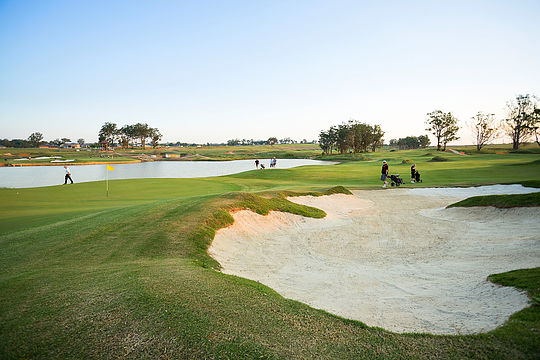 And Marsh is rightly proud of what he is producing:

“The Bingara course can be described as a championship-style course that has various precincts that golfers can enjoy,” said the former Australian Masters and PGA champion.

“There are the holes that cross the Gorge, those that play around the lake and others that meander through the natural bushland.”

“Yet it’s also a course that beginners can enjoy.”

“Building Bingara Gorge was tough technically with some site constraints.”

“Yet I’m confident it will quickly earn a reputation within the golfing community.”

Highlights of the layout already in play include holes 11 to 14, which wind around the central lake, while the signature hole and probably the one most photographed will probably be the 16th, a striking challenge to reach the green over a dramatic gorge.